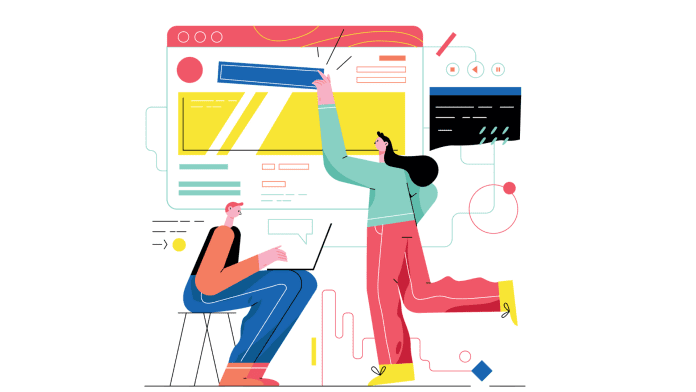 Before you make your own app, understand their many types

If you have recently decided to make your own app for your website, the biggest decision you need to make is regarding the kind of app you want. No, we’re not talking about an Android or an iOS app, but a much bigger question. If you are not familiar with app terminology and jargon, discussed below are three popular types of apps:

Native apps are built for specific platforms, operating systems, and devices. They are able to use device hardware and software effectively, and most app developers build apps for Apple’s iOS or Google’s Android, or both. iOS apps are written in Objective-C or Swift, whereas Android apps are created in Java; if you have no idea what these terms are, don’t worry!

As a result of their ability to use device-specific hardware and software, native apps are usually more responsive and offer more functionality. However, different versions of different types of devices need to be created in order for apps to be accessible to all. Facebook, Twitter, LinkedIn, Pokemon Go are all excellent examples of native apps.

Web apps are simply application versions of your website pages and are coded in browser-supported languages like JavaScript or HTML. Most of these apps are static and require an internet connection to be able to function. Compared to native apps, web apps work much slower and occupy a much larger space on the device. However, more importantly, web apps offer severely limited features and are often less secure. Since web apps do not access or interact with device data, they offer very few options to innovate the app. Furthermore, the compatibility is dependent on the web browser, which might create tracking issues and offer a standardized experience and service. So, if you want to make your own app and want it to be popular, web apps aren’t the best bet.

Hybrid apps, as the name suggests, have qualities of both native and web apps. These apps are created for particular platforms and are generalized for other devices and platforms. Hybrid apps need to be connected to the internet in order to work, which is not the case with native apps. Furthermore, they offer limited functions and a staggered user-experience, as the lag time is usually high. While many choose hybrid apps because they take lesser time and resources, the fact of the matter is that if you want to provide a seamless experience to your users, hybrid isn’t the way to go. In the long run, hybrid apps pose many challenges owing to the limited features they offer.

Which App Should You Go For?

If you want to make your own app, going for a native app makes the most sense. In addition to offering a wide range of functionalities, native apps are responsive without taking up too much of the device memory. The user interface is smooth and the overall layout and design of the app is also superior. Furthermore, since native apps are downloaded through an app store, they are rated by genuine users, who routinely raise red flags and security issues, thus making the app safer. Another big advantage of native apps is the ability to send push notifications to users.

The only drawback is that amount of time and resources that native apps take to create. However, you can make free apps without writing a single line of code with AppMySite, a no-code app development platform.

AppMySite’s app builder is ideal for app development as it cuts through the tedious nature of code-based app building and makes it easy for small businesses to consider launching an app.

Previous articleShould you go for an android app or iOS app or both?
Next article4 reasons to create a mobile app for your WooCommerce website