App Preview Feature Updated: Now get a dynamic preview of your Android and iOS apps 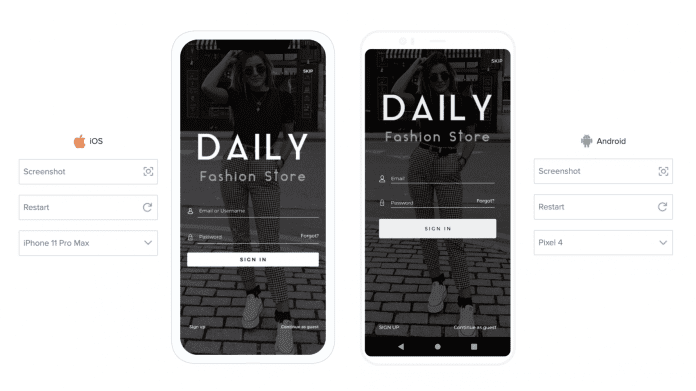 AppMySite is the world’s first AI powered app builder that enables users to create their own app without coding. It is empowering businesses and brands all across the globe.

Many brands have built their own apps that are now available on the app stores. It is committed to the goals of enabling businesses to conquer their space in the app industry.

AppMySite free app builder has also been evolving ever since its launch and is attaining perfection one step at a time. New features and updates are making the solution better and stronger each day.

The newest feather on its cap is the App Preview feature update. Read further and find out all about it. Learn about the benefits and implement them to launch the perfect apps with AppMySite.

What is the App Preview feature all about

The free app build and preview feature is an exclusive and one of the strongest assets of AppMySite. We want you to have the complete value of your efforts and investments.

Hence, you only pay for the package upgrades once you are completely satisfied with the app that you build. So, how does that happen?

AppMySite ensures app preview for the users in numerous ways. Besides the parallel preview pane, where you can track each and every step of the app building progress, you can also test the app under the App Preview section of the dashboard.

Here, users can check the app on the simulator or download the app to test it on a real device. With the launch of the new updates, the App Preview section has become more dynamic. Users can now get better and more varied firsthand experience of the app, as discussed in the article further.

Suggested Read: Now create and preview your mobile apps on a real device

What is new in the Preview section

The App Preview section has now been enriched with the following benefits:

#1: Preview apps for both Android and iOS

You can just Tap on the screen to play the preview. You can also Restart the preview if it goes off after instances of several minutes of inactivity, or at any time you want.

App screenshots are important for a variety of purposes. You can use the screenshots of your fully built app as you list it on the app stores or even to share it in your circle.

Just tap to start the preview and click on the Screenshot button of the desired app build (Android or iOS). You can take one or more screenshots that get downloaded and saved on your system.

You can also retrieve the screenshots and edit them using relevant tools or software. Use the feature to take screenshots of your fully built app and use it for promotions or to enhance the aesthetics of your app store listing.

Suggested Read: How to design the App Store Screenshots of your mobile app

#3: Test visibility based on the device type

This is yet another feature update that we are extremely proud of! Now, you can not only test the apps based on the operating system (Android and iOS), but also on the type of the device.

Build and test your app for free with AppMySite 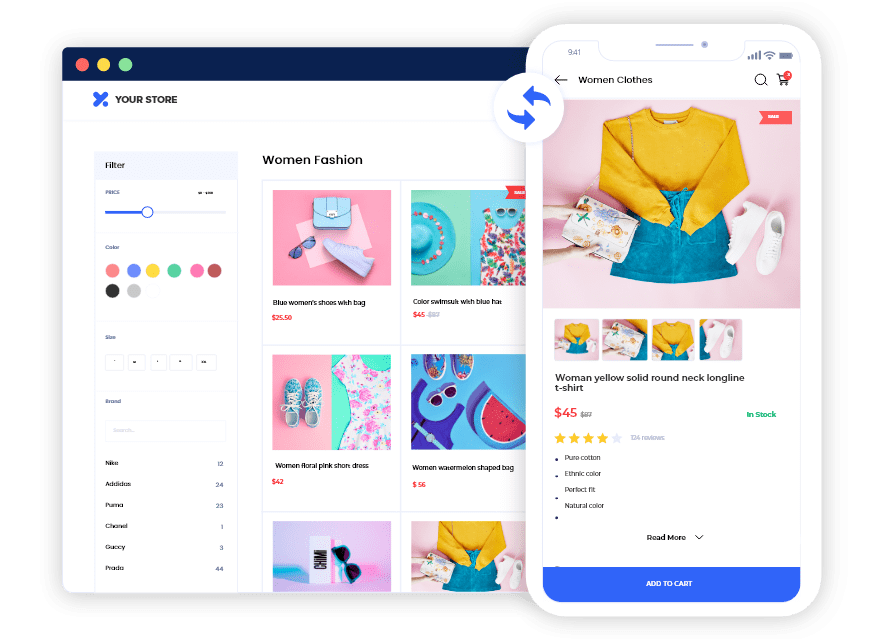 That was all about the latest update to the preview feature of our app builder. Stay tuned to this space and remain up to date with the new announcements and launches.

However, if you have still not signed up for AppMySite DIY app builder then do it now! Register now and convert website to apk without any hassle.

Create, customize, and test Android and iOS apps for free. Proceed to upgrade and publish and enter the mCommerce industry effortlessly. Hurry! Join our league of smart customers now!

Did you know that you can preview your app on AppMySite as you build it? Visit our help center and get a complete guide on testing and previewing your mobile apps.

Facebook
Twitter
Pinterest
WhatsApp
Previous articleTips to offer the best onboarding experience to your mobile app users
Next articleHow to create an app in 10 simple steps? Make an app without coding

How to develop an app in 2022: A must read for small businesses

How do mobile apps help optimize your business prospects?

Significance of Consent Forms in app: Know when and how to use them