Five examples of failure in the mobile app space – What lessons can we learn? 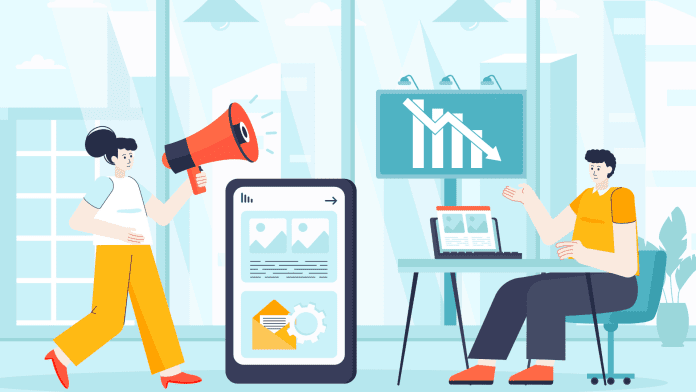 Failure is a common part of the mobile app space. According to an old Gartner report, only 0.01% go on to become financially successful.

This means that 9999 apps out of every 10,000 become defunct at some point. The numbers would look even more bleak since competition in the app space has only grown since the study came out.

If app failure is so common, why is it considered a taboo topic for discussion? App businesses often fail to identify the core reasons their entire venture could fail.

This lack of introspection is not healthy. You should always stay a step ahead when it comes to knowing the weaknesses of your app.

It is very easy to create an app with a free app maker like AppMySite. The main challenge is bringing an app to market. This is where understanding app failure and learning from others becomes important.

In this piece, we will cover five main examples of failure in the mobile app space. Each section also lays out the lesson you can learn and improve your own mobile app.

#1 – Vine: Reacting to changes in the market

Vine remains a very popular name in the tech space. It may not be as popular as it was at the start of the previous decade, but it still has some form of visibility.

It was a social media platform where users could share six or seven-second long video loops. The success of platforms like TikTok has come after the concept of short engaging videos was validated by Vine.

Vine was acquired by Twitter in 2012. It had reached 200M active users and was on the verge of becoming a global platform.

In simple words, Vine failed to react to market trends. It introduced a great concept to the digital world. The only problem was that the concept could be easily replicated by other platforms.

Instagram and Snapchat introduced short video formats on their platform. These platforms could easily integrate this feature because the concept was very indefensible. The eventual arrival of TikTok was the final nail in the coffin.

#2 – Color Labs: Not understanding the role of network effect

Color Labs was the toast of the town back in 2010 and 2011, managing to secure funding from some of the best investors in the world. It turned down a $200M acquisition offer from Google and was on its way to becoming a major tech platform.

So what was Color Labs all about?

There were many problems with Color Labs. It simply had too many features and functions for a new user to comprehend. Its initial app rating on the App Store was two stars.

The core issue was a lack of network effect on the app.

Color Labs could only work if many people joined the app and regularly shared images. The entire idea of the app was to show users the pictures people were taking around a given location.

In other words, the success of Color Labs depended on creating a network effect.

A network effect is a phenomenon where the general working of a product (in this case, an app) depends closely to the number of people using it.

Color Labs could not generate the initial goodwill it needed to onboard a large volume of users. This had a compound effect and the app had to shut down. It was eventually bought by Color.com.

Yik Yak came up with the simple idea of anonymous texting in a specific location. The app essentially enabled users to chat with other people in their vicinity anonymously.

The idea was interesting on a conceptual level. It was even valued at $400M at one point.

So what went wrong?

The main idea of Yik Yak was that it enabled users to speak their mind anonymously. However, the app was misused by some for cyberbullying. Many schools ended up banning Yik Yak because of various instances of cyberbullying.

The main attraction of Yik Yak, the anonymous texting ecosystem, became its pitfall.

The lesson here is to brainstorm the impact of your app and service on your audience. Your app doesn’t belong to you once it goes live. The way people use your app ends up defining your brand.

#4 – Google Plus: Choosing the wrong competitor

When Google Plus first came out, it was seen as a direct rival to Facebook. To be fair, Google did not do much to play down this idea.

This soon became a problem. A tech giant like Google cannot hide from competition, especially when it comes to taking on its biggest online competitor.

Endless comparisons with Facebook never really allowed Google Plus to create its own unique base of users.

The circle system is a good case in point. Google Plus had a circle system which was meant to take on Facebook Groups. However, it was too complicated for normal users to understand and use.

Look at Pinterest as a contrary example. It has a unique user base and still manages to generate a lot of engagement. It is not insecure about being in a competition with Facebook or Instagram. Pinterest has its own appeal and plays a key role in many digital marketing campaigns.

Rdio was an online music streaming service that launched back in 2010 by the same people who founded Skype.

On a technical level, Rdio did almost everything right. It had a universally praised app interface and design. The idea itself was quite appealing. The success of music streaming platforms now only underlines that Rdio was on the right track.

Firstly, Radio had to compete with other competing streaming platforms like Spotify, Napster, and MOG. Heavy competition is never good for business as you have to spend most of your resources in undermining other companies.

Secondly, Rdio didn’t have a comprehensive marketing and sales campaign to take on big competitors. In a competitive space, marketing prowess can make all the difference.

The lesson here is to never discount the importance of app marketing. Even if you have a great app interface and design, you’re still not immune from failure.

Making an app has become very easy these days. One can easily start a WordPress app using AppMySite for both Android and iOS.

Building a successful app business however is still a big challenge. You must be prepared to learn from the success and failure of other companies.