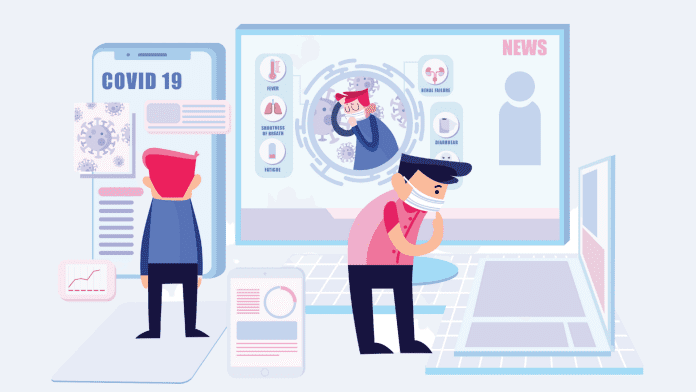 Mobile apps as a tool to fight coronavirus (COVID-19)

The dreaded Coronavirus is here and the whole world is now fighting this unseen enemy. And technology seems to be shining its light yet again.

After a month of serious outbreak of Coronavirus, China and South Korea released a mobile app each called the Close Contact Detector  and “Corona Map”. The were launched nationwide to prevent further contamination.

It is believed that the close contact detector app will be effective in finding if there is a risk of being infected by people you are surrounded with.

On the other hand, the South Korean mobile app is recording cases of infected people and laying them on a local map to keep the citizens informed.

The initiative for developing the close content detector mobile app was taken by the State Council and China Electronics Technology Group Corporations (CETC).

A simple QR code scan from Alipay or WeChat will help users know the proximity of the infected people and how vulnerable they are.

To register for this mobile app, it is mandatory for users to submit their phone numbers, name and ID number.

The proximity between people defines how exposed they are to getting infected. This is estimated from the data that encompasses people who have been ill in the past or have shown symptoms of the virus.

On the other hand, the South Korean mobile app makes it easy for citizens to know the number of infected people in their country and the ones who can potentially get infected.

The app developers took the lead because the data from the government was too complicated for common people to understand.

The mobile app developed by South Korea is creating awareness amongst people by collecting data of people who have been positively tested for coronavirus along with their nationality, gender and age.

Additionally, people who download the app can also see the whereabouts of the patients and how close they are to each of them.

This information can also be viewed on a local map that makes it even more easier for app users to know the proximity of the danger.

With over 80,000 cases recorded worldwide, the developers of this mobile app thought it’s important that people are well aware of their surroundings rather than being only dependent on government data that was not easy to comprehend.

The developers from South Korea worked independently, while also accepting donations from users to keep the development of the app alive and to introduce new features.

The app focuses on improving the degree of precautions that people can take if they know which place to travel to. The idea was to prevent the spread of this infection, by making information accessible and easy to comprehend.

On the other hand, the close contact detector app from China was an initiative taken Chinese government to protect people from getting contamination.

While the Corona Map is creating awareness amongst people, the close contact detector is preventing more people from getting infected.

South Korea is a hub for producing consumer tech goods. Being the second most affected country in world to be hit by coronavirus, the app developers knew what the need of the hour is.

The mobile app received an overwhelming response after being launched, considering the curiosity amongst people to know the situation better than they did.

The developers are not surprised at the speed at which people are installing the app, growing 20,000 downloads on hourly basis.

It comes as no surprise that the app has been installed by over 1 million ever since it was launched. The excessive popularity and curiosity among people led to the breakdown of the server after receiving a tremendous response from people around the world.

The app has been installed more than 1 million times since it was launched on February 11, according to Google Play. They said that a recent surge in downloads, sparked by the escalating number of cases in the country, crashed the application’s server.

People loved the idea so much that the app ranked in the top 15 categories in South Korea after being launched.

The outbreak of coronavirus is still growing on a massive scale, and has affected more than 99 countries globally. In times like this, technology seems to have not failed us.

People are happily taking up any help possible to increase their awareness and stay safe in difficult times like this.

Previous articleSay hello to AppMySite’s mobile app builder
Next articleTop trends in mobile app development to watch out for in 2020: Part #2