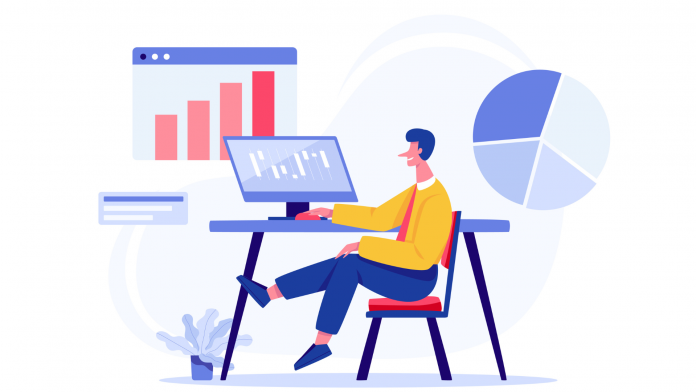 The global eCommerce industry is HUGE. There are more than 12 million eCommerce websites around the world and most of them are being powered by some kind of CMS (Content Management Software) or eCommerce software.

These are the tools that make it easier for any website owner or developer to set up and manage an online store and achieve basic to advanced eCommerce functionalities. This includes several CMS platforms like WooCommerce, Shopify, WixStores, and more.

While in our last blog we discussed the market share of all kinds of CMS platforms in general, today we will focus on those CMSs that are especially catering to the eCommerce industry and are being used to power eCommerce stores around the world.

The eCommerce industry is not just limited to CMS platforms like WooCommerce and Shopify. In fact, it has numerous other players, and may include eCommerce technologies like Amazon in the list of platforms that power online businesses.

However, most of the market is occupied by players that rank higher in the ladder. This includes names like WooCommerce, Shopify, Squarespace, etc. The trends may change in different countries, but most of the top contenders remain the same for almost every major country of the world.

As per Datanyze, the global market size of the eCommerce industry includes 3,917,244 companies, and 439 platforms or technologies that are powering such companies. The top industries being powered by eCommerce technologies include Retail, Manufacturing, Business Services, and Hospitality.

These industries are being powered by the top players of the world that includes WooCommerce, Squarespace Online Stores, Woo Themes, Shopify, Wix Stores, etc. While WooCommerce remains the leader on all platforms, some studies differ between Squarespace and Shopify for the position of the second-best eCommerce CMS.

You can go through the table below and understand the current trends of the eCommerce platform distribution by knowing the percentage share and the number of live websites being powered by the given technology:

If you consider Google trends, Shopify scores the highest when compared with WooCommerce and Squarespace. This shows that people have more interest in searching for Shopify as compared to the other two platforms.

Additionally, Shopify is also the most popular in developed countries like USA and UK, where spending a handsome amount of money is not an issue for most businesses. Let us look at some stats and understand the trends better:

USA has the second largest eCommerce market in the world, next to China. The top 5 eCommerce CMS players and their percentage shares are as follows:

The top 5 eCommerce CMS players and their percentage shares in the United Kingdom are as follows:

WordPress and WooCommerce rule in developing nations like India where the economy is still flourishing. The top 4 eCommerce CMS players and their percentage shares in India are as follows:

Furthermore, Shopify also rules in countries like Australia, Germany, and Canada where it remains in close competition with WooCommerce. However, WooCommerce remains the most popular and unrivalled when we take the overall global market share into account.

Before we are done with crunching numbers related to the eCommerce CMS market share, let us go through a brief introduction to some of the best CMS platforms that are powering eCommerce websites around the world.

Our list of top 7 eCommerce CMS platforms based on usage, market share, popularity, and other related trends, are as follows:

WooCommerce is an open-source e-commerce platform and an extension of WordPress, the most popular CMS with the biggest market share in the world. As per Statista’s 2021 report of leading eCommerce software platforms and technologies, WooCommerce ranked on the second position (next to Squarespace Online Stores) with a market share of 23.51%.

Squarespace was launched in 2004. The platform was soon made capable of creating full-fledged eCommerce websites and now Squarespace Online Stores has become quite popular. In 2021, Squarespace ranked on top in Statista’s report and accounted for a market share of 23.51%.

Currently, this eCommerce CMS holds a market share of 14.46% in the eCommerce sphere with more than 893,440 live domains registered with the platform. Squarespace has been steadily but consistently growing its presence and gaining the trust of customers across the globe.

Squarespace is used by 3.0% of all websites with known Content Management Systems and 2% of all websites in general. While this may sound very little in isolation, it is actually widely used and ranks among the top five CMS platforms around the globe.

Shopify is one of the strongest players in this rapidly expanding eCommerce industry. Despite being very niche in its approach, it has become quite popular, especially for creating high-end eCommerce stores. Coupled with its enterprise-grade premium solution Shopify plus, it is ruling quite a share of the market.

As per Statista, Shopify had a 3.69% market share amongst the leading eCommerce software platforms and technologies. This was even more than Amazon that had a share of 3.54%. As per Datanyze, its current eCommerce CMS share is 9.98% with more than 616,000 live websites.

Wix, unlike WordPress, is not an open-source CMS but a closed-source website builder that allows business to create professional eCommerce websites under its extension Wix Stores. It is used by 2.3% of all the websites and 3.4% of all websites with an identified CMS.

According to the 2021 report by Statista, Wix Stores held a market share of 6.16% when compared to other eCommerce software platforms and technologies. This was even more than Shopify and Magento.

Wix Stores is quite simple and user-friendly, and it currently holds 6.43% market share in the eCommerce CMS market. There are more than 397 thousand live websites that are powered by Wix Stores.

Weebly is a website builder that also lets you create eCommerce stores with Weebly eCommerce. Weebly has less than 1% share when we take in account all websites in general. In fact, it has a market share of 0.6% among CMS powered websites, and 0.4% websites overall.

However, Weebly eCommerce is quite popular, and it managed to beat PrestaShop in the Statista survey. As per that study, it had a market share of 2.1% as compared to other eCommerce technologies.

As far as top eCommerce CMS platforms are concerned, Weebly eCommerce ranks above Magento and Prestashop with a market share of 1.16%. It is currently powering more than 71 thousand websites around the globe.

Magento is an open-source e-commerce platform that is yet another popular choice of businesses and developers for creating online stores. However, it has a smaller reach as compared to other CMS platforms in general.

It is used by 0.9% of all the websites powered by CMS, and 0.6% of all websites in general. In 2021, Magento had an eCommerce technology market share of 2.32% and ranked above Weebly eCommerce and PrestaShop.

As per Datanyze, Magento is currently powering 1.06% websites and the number stands somewhere around 65 thousand. When combined with Magento 2 and other extensions, the number can go higher.

PrestaShop is yet another CMS software that is especially dedicated to the eCommerce industry. Despite that, it has an overall CMS market share of 0.6% and a share of 0.8% when we consider only the websites that are powered by an identifiable CMS.

Prestashop had a market share of 1.72% in the year 2021. It ranked below platforms like Shopify, Magento, Weebly eCommerce, etc., but still made it to the top 10 eCommerce technologies and software list by Statista.

As far as the current status is concerned, Prestashop has a market share of 1.01% and it is powering around 62,453 live websites. This number goes to somewhat around 721,000 when we consider all the websites ever created with Prestashop.

There are several CMS platforms that do not have an overwhelming presence but enjoy a huge market share when only top-ranking websites of the world are considered. In fact, the market share distribution has immense variation in this category.

Let us go through the eCommerce software technology market share distribution in these categories and understand the trends in detail.

When we consider the top 1 million sites by traffic, the WordPress extension WooCommerce takes a massive lead with a whopping share of 27%. Shopify ranks second with an impressive 19% despite its limited presence in the overall CMS market. Other trailing contenders include Magento and Open Cart, alongside several other eCommerce technologies in the list.

Shopify outshines WooCommerce and Magento when we consider the eCommerce websites among the top 100, 000 sites of the world. Other players like Amplience and Salesforce Commerce Cloud trail behind and most of the other primitive players get less than 3% share.

Shopify, Magento and WooCommerce once again have the biggest shares when we consider the top 10 thousand websites in the world. This goes on to show that even though Shopify has a smaller share than WooCommerce, it is the home to some of the best ranking websites around the world.

As evident from all the trends above, there are several players and contenders in the eCommerce CMS industry and WooCommerce happens to be the most powerful among them. Other names like Shopify and Squarespace have also become quite popular with time and we can witness some changes in the trends in the coming years.

Names like Amplience and Ecwid have also gained popularity and are catching up with other CMS platforms and eCommerce technologies. In a nutshell, the eCommerce industry is constantly expanding and is being powered by several players.

The demand for online shopping and eCommerce websites is on rise. There are several players in the eCommerce CMS industry that are sufficing the needs of the industry. You can scrutinize all the available information and pick a platform that suits your needs.

You can also go ahead and turn your website into an app with AppMySite and reach all the mobile-friendly customers out there. After all, mobile apps have become the go to solution for all kinds of customers across the globe.

Explore our other blogs and learn all about code-free and affordable app development. You can also go through our detailed blogs on WooCommerce and Shopify market share to understand the CMS market in detail.

If you want us to write on any other topic of your choice, or if you have any queries related to the topics mentioned and discussed here, then drop a comment below and let us know. We would love to entertain all your queries and feedback.