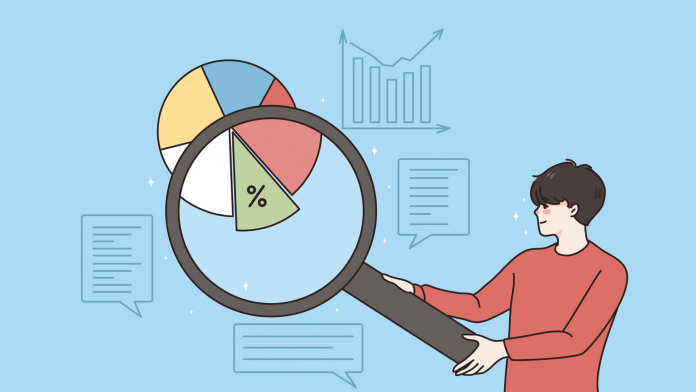 The eCommerce industry is growing unprecedentedly. In fact, the global ecommerce market is expected to reach the value of USD 5.55 trillion in 2022 showing an increase of almost 400% in the last seven to eight years.

Shopify is a key player in this rapidly expanding eCommerce industry and is itself growing in leaps and bounds. Even among older and stronger contenders like WooCommerce and Squarespace, it has maintained its position and stronghold through the years.

We love Shopify too and it is in our list of the CMSs (Content Management Systems) that we aspire to support on our free app maker platform.

However, today we are here to share some interesting statistics and facts related to Shopify and its market share. We will also discuss stats related to traffic, revenue, global reach, and more. So, stay tuned and learn all that you need to know.

Shopify is essentially a proprietary eCommerce platform that offers a suite of services and tools for online payments, marketing, shipping, and customer engagement. However, primarily, it is the platform for creating eCommerce and retail-based websites.

Founded in Ottawa, Canada, Shopify has become a global brand over the years. Today, it offers several products like Shopify Lite that aims at smaller businesses looking for affordable solutions, Shopify Plus that is an enterprise solution for large scale businesses, and even Shopify POS for point-of-sale needs for businesses with physical stores.

Basically, it is an end-to-end solution for online sellers and makes it easier for them to set up, run and grow an online store.  There are several apps and plugins designed to make the experience on the platform richer and smoother. All-in-all it is a smart and sophisticated platform that is immensely popular.

The history of Shopify

Shopify was founded in the year 2006 by Tobias Lütke, Scott Lake and Daniel Weinand as an online store “Snowdevil” for snowboarding equipment. Yes, you read that right! Dissatisfied with the then existing eCommerce products, Lütke, a programmer by profession, decided to build one of his own.

This is the cliched “necessity is the mother of invention” story behind the origin of Shopify and the rest is history. Ever since then, there has been no looking back and Shopify has continued to grow and expand as a platform to become so much more than just a website for snowboarders.

Now that we know what Shopify is and where it all began, let us turn our head towards the past and checkout how the journey shaped up for one of the most popular eCommerce platforms. It was envisioned in 2004 and launched officially in 2006.

Ever since then, Shopify has achieved several milestones, and some of the most significant ones are as listed below:

2010: Free mobile app for store management was launched on the Apple App Store

2015: Shopify IPO was released, and the stocks have grown 50 times since then

These are some of the many mileposts achieved by Shopify over the years. It continues to thrive and grow and add more feathers to its cap.

In fact, it comes just next to WordPress and holds a market share of 4.3% while the next best Wix is at 2.3%. This implies that 4.3% of the web is being powered by Shopify which is a pretty good number considering Shopify is a standalone proprietary CMS platform that is limited to the eCommerce industry.

As per statistics, there are 5,733,759 websites using Shopify, out of which 3,747,956 are live websites. In terms of eCommerce alone, Shopify holds a market share of around 11% and ranks among the top five eCommerce technologies of the world.

Interestingly, there are millions of Shopify merchants that are spread over 175 different countries and are bringing in billions of dollars’ worth of revenue and contributing a great deal to the global economy (we will read about it in detail later in the blog).

Shopify hosts some of the top-ranking websites in the world that earn the most traffic and revenue. Let us learn about its position among the top websites in the world with respect to the top three eCommerce technologies in these categories, and understand where Shopify stands in the list:

There are 339,014 eCommerce websites when we consider the top 1 million sites by traffic. The market share distribution of top eCommerce platforms in this category is as follows:

The number of known eCommerce websites among the top 100 thousand sites stands at 46,156. The market share distribution of top eCommerce technologies in this category is as follows:

The number of detected eCommerce websites among the top 10 thousand sites by traffic is 6,398. The market share distribution of top eCommerce platforms in this category is as follows:

Clearly, as we climb the ladder up and put up our magnifying glasses to scrutinize the top websites of the world, Shopify captures most of them, thereby establishing itself as one of the most powerful eCommerce technologies in the world.

Shopify vs its competitors

Shopify has several competitors when it comes to the eCommerce platforms. However, Shopify has maintained its position in the list of top eCommerce technologies. Go through the list below and understand how it compares against its top competitors:

As evident, Shopify ranks fourth in this which is not at all bad for a standalone eCommerce platform that is mainly focused on the US market. However, it emerges the winner in several other categories. For instance, Shopify ranks above WooCommerce when we consider only the top 100 thousand or 10 thousand websites in the world.

As per Google Trends, the keyword Shopify earns more searches than WooCommerce and Magento. Clearly, Shopify is doing many things right and has created a stronghold in the eCommerce market. It is home to the top websites of the world and thus continues to grow at a great pace.

Shopify stores earn huge revenue. Let us look at some stats that highlight the same and understand the traffic and usage and also the sales and revenue-making power of the platform:

Location and Language based stats

The ultimately popularity of a global product is actually the sum of its strength spread across geographic, demographic, and linguistic boundaries. In this section we will look at some Shopify stats related to language and location spread to get a better understanding of the platform. Let’s begin:

Shopify has a premium and esoteric appeal. When compared with competitors like WooCommerce and Squarespace, this proprietary eCommerce platform has fewer customers. However, they are probably the most dedicated ones and are spread across the globe.

In fact, many powerful, heavyweight, and popular brands rely on Shopify and use the platform. This list includes some captivating names, some of which are as follows:

These are only some of the million websites that are being powered by Shopify. There are many others, and the list is continuously growing and expanding.

It is now time to uncover some out of the box, interesting and intriguing facts, and statistics. Go through the stats listed below and know some fun facts about Shopify:

Now let us understand what the future for Shopify looks like. Most of the forecasts are made on the basis of the past performances of the platform and Shopify has been doing pretty good for itself in this department, despite a few decelerations every now and then.

Moreover, as per the Shopify’s financial reports for Q1 (January 2022 to March 2022), total revenue in the first quarter grew by  22%  to USD 1.2 billion, which represents a two-year compound annual growth rate of a massive 60%. This was obviously more than the 50% growth it recorded in online sales in the year 2019.

Not just the revenue, but the price of the stocks has also increased by thousands of times ever since the Initial Public Offering (IPO) was released in 2015. According to recent analytics, one in five Shopify experts admitted to being sure that the stock prices of Shopify will grow manifold by 2025.

All these factors indicate that the future for Shopify is bright and glorious. Despite having only a small share in the CMS industry and a competitive foothold in the eCommerce industry, the platform is thriving and growing continuously.

That was all for today! You can also checkout our statistical blogs on WordPress and WooCommerce and stay tuned to this space for more. We will share many more interesting blogs in the coming days that will help you gain significant insights about the online industry at large.

So, go ahead and try it for free now. Also share your feedback with us in the comment section below and let us know what else you would like to read and learn about. Drop a line and we will make sure that all the interesting suggestions make it to our list!