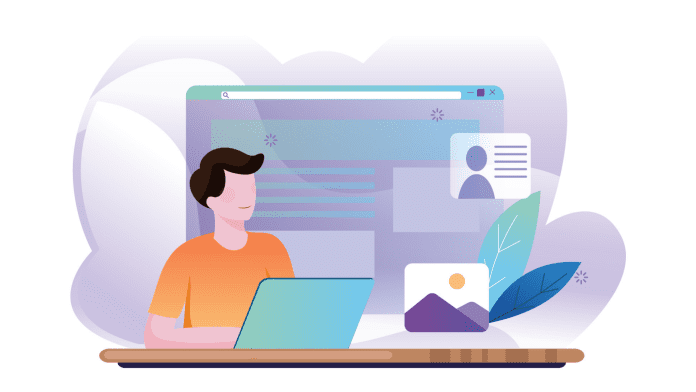 The prospect of app developers using app builders is confusing from all angles, not just a layman’s standpoint.

App developers are trained to develop apps from scratch. Why then would developers consider using app builders when they have the knowledge to create one with coding? It’s almost like a mathematics tutor hiring another tutor to pass a simple maths exam.

This situation can be understood better with a historical context.

App builders and CMS – A history of convenient solutions

In the early days of the internet, companies need high grade technical resources to create a website from scratch. Every element of a website was coded from the ground up.

Web developers were naturally in demand in such an ecosystem. From creating a simple content website or blog to an ecommerce store, companies hired web developers.

The arrival of content management systems changed the dynamics forever. The likes of WordPress, Magento, Shopify, and others expedited the timeline of creating a website. They also made it easier for novices in coding to create and run a website without a hitch.

Did this spell the end of web developers? Many people naturally assumed the same. However, web developers at the time were co-opted into becoming CMS developers. This led to the rise of development roles like WordPress and Magento developers.

Companies hire developers to create and manage their CMS websites. Many developers who joined the bandwagon back in the day now enjoy the fruits of their storied experience in CMS website development.

App builders and app developers are at a similar crossroads. We are seeing new mobile app builders emerge and provide users without a technical background the platform to create their own app.

Also read: CMS to app – How to convert a CMS website to a native mobile app?

Does this mean app developers are redundant? The history of web development and CMS shows us that this is not necessarily true. App developers can continue to thrive in a world of mobile app builders.

In the following sections, we will break down three questions app developers must consider when working with app builders-

It seems strange to think that app builders can help provide better services compared to custom app development. After all, custom development literally enables clients to customize every inch of the app based on their needs.

This freedom to customize every part of the app comes with its own set of pitfalls as well. The following points provide insights into the advantages developers have in using mobile app builders.

One of the major complaints clients have with app development is its high cost.

Why is app development expensive? The answer doesn’t really lie in resources. Apps are cheap to make. The engineering and design talent needed to create something resembling an half-decent app is a lot.

In custom development, app developers have to bring forth all their knowledge of programming to create an app build that meets client requirements. The same is true for designers working on mobile app design.

For all their work, developers command a sizable pay packet and they deserve to.

Also read: How much does it cost to make a mobile app?

This style of functioning leaves out a large market app developers cannot survive – small businesses and entrepreneurs. This market doesn’t have the resources to hire talented developers.

How do mobile app builders help? They essentially enable developers to create an app without the amount of labor needed for custom development.

Thus, app developers can charge a very small fraction of the regular cost to create apps. This can invite a much larger market to consider hiring app developers.

Even a basic ecommerce app can take anywhere between 3-6 months in development. This does not include the weeks of tinkering once the app is handed over to a client.

This timeframe is unfeasible for a small business. Most small businesses operate on a week-to-week basis. They don’t have the luxury of investing months upon months in app development.

App developers cannot do much here either. Creating an app is a complex task.

One of the main advantages of using app builders is their ability to create apps in a very short period of time. On AppMySite for instance, users can literally create an app within 15 minutes.

This is in stark contrast to traditional app development. Even developers who work slowly can create an upstanding mobile app for both Android and iOS within 2-3 days of work.

Thus, app builders eliminate the need for developers to work on a project for months. They can drastically improve their productivity while handing over the app in a very short period of time.

App bugs generally creep up due to development and design mistakes. These kinds of mistakes are typically erased with the help of app testing.

Generally, app testing takes a sizable period of time with custom development. This is especially true if the app in question contains a lot of screens and complex features.

How do app builders help? App builders rarely have any kind of functional bugs. Furthermore, each app builder is worked upon by an entire team of developers. Thus, there is an active team taking care of any new bugs that pop up.

This significantly reduces the load of app testing from developers. They only really need to take care of design issues which are easily solved with app preview features.

Furthermore, clients also have to work with developers and spend hours analysing the performance of the app.

Finding ways to app performance is essential. An app with poor performance metrics is bound to draw the ire of app users.

Apps that are built using mobile app builders generally draw their performance attributes from the websites they’re linked to.

The performance of your app now depends on your blog’s performance. If your blog is hosted by a tardy web host that performs sub-optimally, your app performance will naturally be poor.

Thus, any app performance issue you have when using mobile app builders can be resolved on the website itself. You don’t need to comb over different app modules to find areas to improve performance.

Also read: How to Optimize WordPress Website for a Better Mobile App?

Developers generally struggle to explain the process of creating the app to clients. Sometimes it’s important for clients to know why a certain feature cannot be added. Inevitably, developers and designers end up creating prototypes of the app to bring clients on the same page.

All this speaks to a larger problem – establishing transparency with clients is difficult due to a clear knowledge gap. It is difficult for developers to break down complex development problems into simple layman terms.

App builders don’t have such a knowledge gap. Developers can explain the process they use to create an app with much greater simplicity. Many app builders also come with live preview options. This eliminates the need to create complex prototypes for clients by essentially handing them a live app build on their device.

What are the opportunities app developers can take up when using app builders? 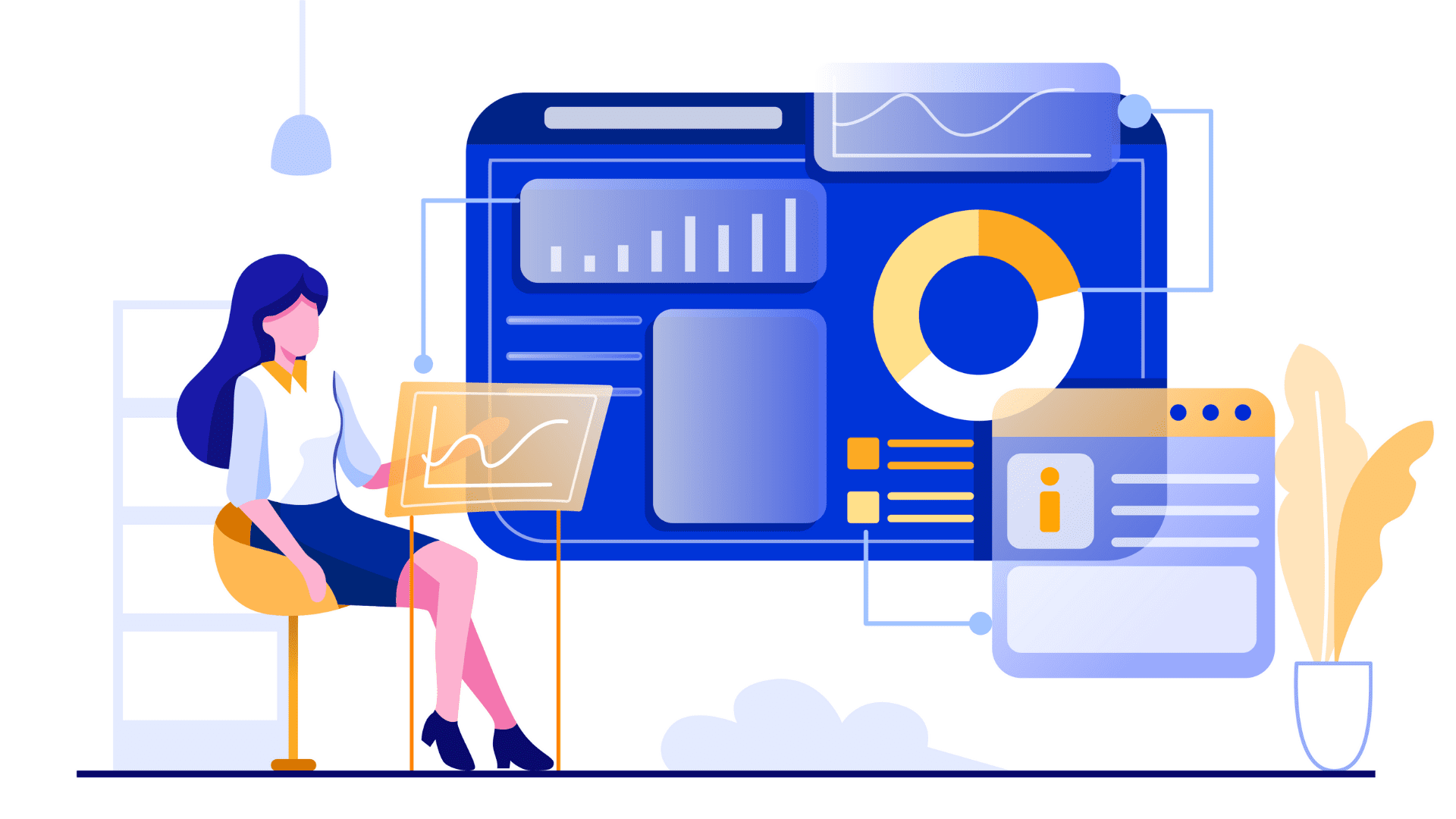 The points above highlight how app developers can offer better services. This naturally is a plus point for clients who look to app developers for app creation.

However, these points alone are not enough to bring developers onboard.

How can using an app builder to convert WordPress website to Android app help developers? In the following sections, we cover three opportunities and advantages for app developers to jump on the app maker bandwagon.

The biggest reason behind the widespread use of WordPress is its vast plugin library.

In its original form, WordPress is nothing but a blogging platform. Plugins give a WordPress website the functionality of any normal custom website.

Without plugins, it is hard to make a case for WordPress.

Think of mobile app builders in the same way. We know they provide you the ability to make your own app without coding. While this is a great innovation, it is not simply enough to create an app. People who use app builders will start demanding the same functionality and features custom apps enjoy.

App developers can create plugins for app builders and provide users greater functionally. Currently, app builders don’t generally accept third-party plugins. However, this could change in the future when we get a more open app-making platform.

There is a good chance an existing app builder opens up its platform for app developers and allows the sale of performance add-ons.

#2 – Setting up an app development agency

Using an app builder, developers can –

Instead of competing with app builders, developers can co opt them into their skillset. Furthermore and offer their clients services at a reduced cost while creating the app in a shorter span of time.

Those who’re able to spot an emerging trend early are best-placed to take advantage of it.

App builders are an emerging trend in the development world. Developers who react early to this trend and reform their skill-set accordingly are best placed to succeed in the long run.

Look at the rise of CMS and WordPress. Developers who mastered WordPress back in the 2000s are much better placed compared to those still learning about the CMS. The same is true for Magento and other CMS platforms.

Riding the wave of app builders while it’s still in its infancy offers greater possibilities in the future for developers. Considering the problems small businesses and startups have with the costs of custom development, the success of app builders as a segment is highly probably.

It thus makes sense for developers to master the use of prominent app builders now rather than wait for the trend to become mainstream.

There is no shortage of app builders in the market. Users can realistically create a reasonably good app on their first try with a reliable app maker.

AppMySite is a trusted choice in this regard. It is a DIY WordPress and WooCommerce Android and iOS app builder that enables users to make an app without coding.

These features make AppMySite a decent choice for developers to start with. It is also continually updated by its own team of developers with new feature updates.

Also read: Features to look for in a mobile app builder 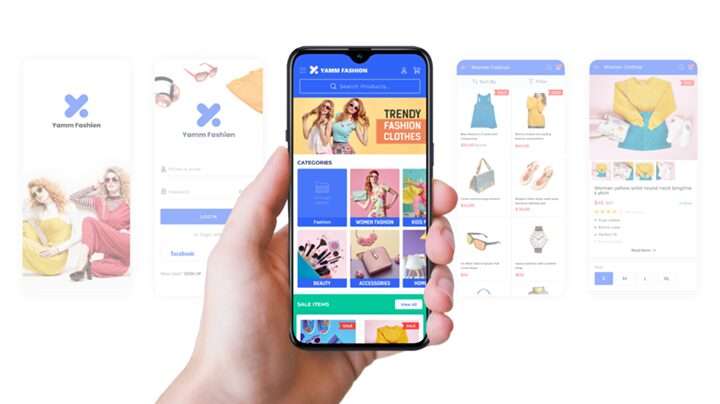 There are many questions app developers have about their career and the overall direction of their field. The emergence of app builders has resolved many problems companies used to face in app development.

The three main sections of the piece answer the following questions –

The answers provided in this article must bring clarity about the idea of mobile app builders to the minds of developers. This is a small window of opportunity for developers to master using app builders and gain a march over others in the space.