Web browsers have been around for a long (very long) time. They are still used a lot, but there is competition from another medium.

Mobile apps are one of the most common ways we access content now. From a little tweet to an entire movie, we consume all sizes and kinds of content on mobile apps. Their ubiquity has never been greater. In fact, people now are much less inclined to use web browsers unless they’re using a desktop.

We know how web browsers display content. The browser’s rendering engine generates the requested content and displays it on our screens.

How do mobile apps display content? Since browsers have been around for a long time, we know a lot about them. Mobile apps are relatively new so it’s natural that we don’t know much about how they display content or even generally work.

App development still remains beyond the technical ability of many entrepreneurs and small companies. It is not uncommon for many to depend on a DIY free mobile app builder .

While we may not notice, many machinations go on behind the curtain that allow us to view content on mobile apps. This discussion brings us to native and webview apps.

What are Native Apps?

Any mobile app you use on your mobile phone is a native app. Generally, we use the phrase ‘native app’ when we speak of mobile apps. However, the scope of native apps extends beyond mobile phones.

If you use MS Office or any other software on your desktop or laptop, they are also examples of native apps.

So what is a native app?

Native apps are applications installed directly on a device memory. Users don’t need to go to a web browser to access native app content. They can simply go to the app and view any content they wish to see.

To build such an app for mobile devices, users have two options –

The second option is much better if uses don’t have the technical background needed to develop an app. A good native iOS app or Android app builder can help create an application worthy of passing smell tests and becoming successful.

Also Read: Make a Native App Without a Single Line of Code

App builders have come far now. Users running an online store on WordPress can use WooCommerce native iOS app builders to create stable successful mobile apps. AppMySite is an example of the same.

Native apps are more common when compared to their alternative, webview. Most popular apps we use are native and not webview. There are many reasons why it is so and the forthcoming sections will cover the same.

What are WebView Apps?

WebView apps have always been an alternative to native apps.

Native apps are essentially software programmed to perform one or more functions. WebView apps are different.

First, there is a need to understand what webview apps are.

A webview app is an app that contains a webview.

But then, what is a webview?

The user interface includes the address bar, plugins, menu, and the output screen. This is the visible part of the browser we are used to seeing.

The engine is the area where the markup and code is turned into the display we tend to see on the user interface.

If we remove the engine part from the browser, we basically get a webview.

When this engine is placed in a native app, we get a webview app. Basically, any app that loads content from a web page is a webview app.

To build a webview app, users again have two options –

For those who don’t know how to code, the second option is much better. Today, a user can even use a WooCommerce to app builder for iOS and Android to develop a webview app.

Yes, there are many ways to build an Android web view mobile app. There are many for building iOS webview apps as well. However, is it wise to concentrate on building web view apps?

Whether it is an iOS or Android webview app, are the days of webview apps are numbered?

What is the scope of webview apps?

Generally, it makes sense for a user to make an efficient budget and develop a webview app. It is not surprising to see a small online retail company develop one using WooCommerce to app builder for iOS and Android.

Web view apps are not a solution for any individual or company. There are many reasons for the growing movement away from them. The following points cover some of those reasons in detail:

Web view apps are essentially native apps that pull some (or all) content from a website. It is more than likely that the design of the webview app and the website from which it’s pulling content differs.

Design dissonance can hamper user experience severely. Imagine using an app and pressing a button on it to suddenly see a different design. You might even have to check if you’re on the right app or not.

Webview apps are significantly disadvantaged when it comes to creating a coherent design aesthetic. No one should stake the long-term success of their app on a webview version of the same.

b. Likely Rejection from App Stores

App stores, both Apple App Store and Google Play Store, are not very fond of webview apps and prefer native ones. There are again many reasons for this.

The entire point of building an app is providing a unique mobile experience that a web browser on the same device cannot. Webview apps essentially pull data from websites and show them within an app. Thus, the experience they offer to users is not unique enough.

Security is another big reason app stores don’t like webview apps. App stores generally check every part of an app for malware during the review process. In webview apps, they cannot check certain parts of the app because they come directly from a website. Thus, a native Android app is much more likely to get accepted compared to a webview app if all other factors are the same. 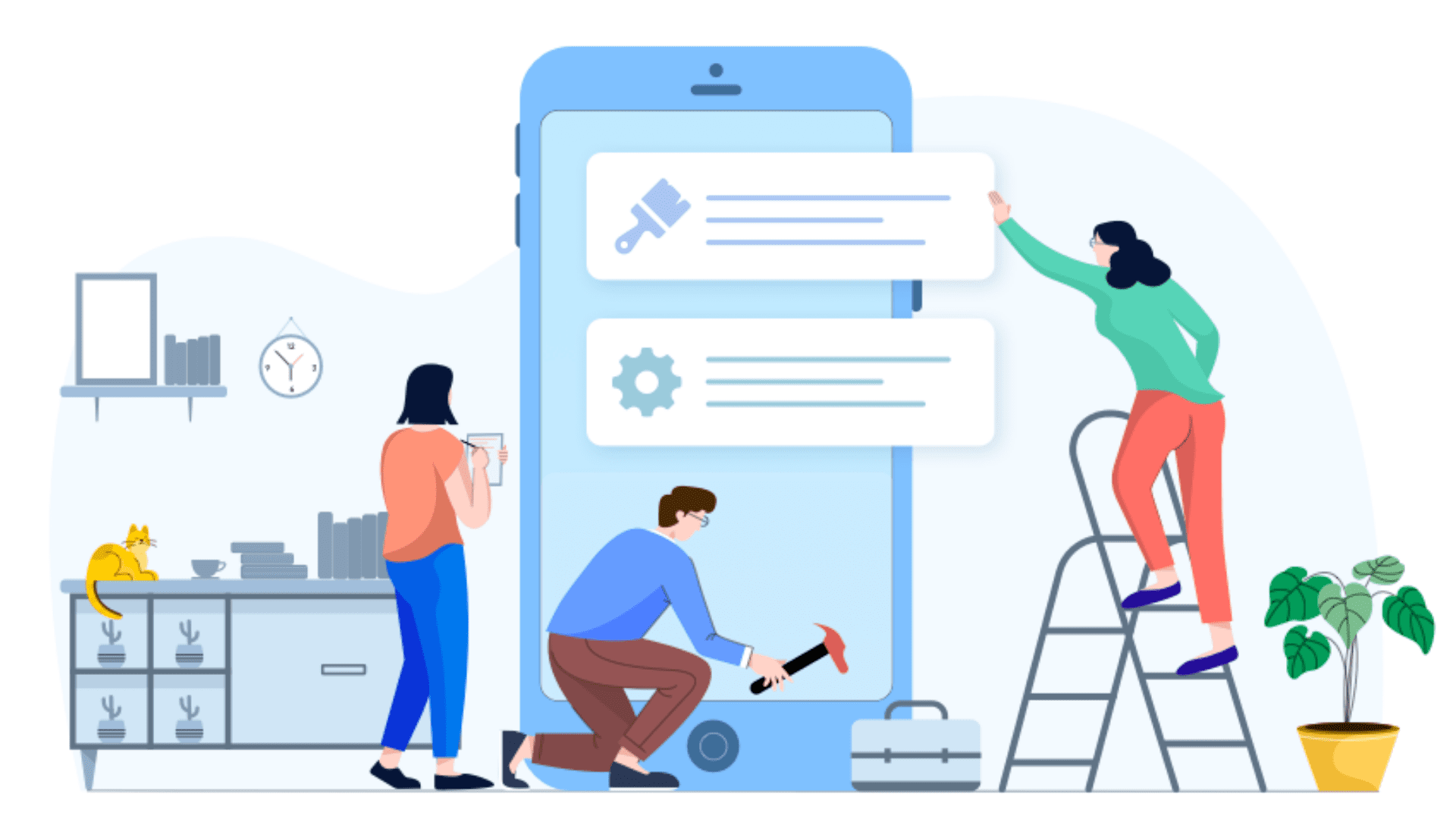 Native apps are built to work within the operating system of a mobile device. This is why every element of a native app integrates seamlessly with the hardware of the mobile device. Touch screen, camera, and GPS all work very smoothly within a native app.

Webview apps are a different story. They are not built to work within a mobile’s operating system. They are only a collection of webpages working on an embeddable browser. This eventually leads to poor integration with hardware.

User experience is an extremely important factor in building a successful app. The numbers show that 25% of the apps downloaded were only ever used once.

All elements of a native app are sewn together to work in tandem. This is why navigating within a native app is very easy. Every option and feature is programmed to work within a set framework.

Webview apps are different. They load their content from a website, bypassing the native environment. Since users are essentially accessing a webpage when using a webview app, they don’t enjoy the same seamless experience that a native app offers.

Native apps also happen to be much faster because they extract the processing power of the device they work on.  Webview apps tend to rely on other external factors related to the website they’re pulling content from.

AppMySite is a mobile app builder for iOS and Android that helps users build apps without coding. It also helps users develop native apps. As the aforementioned points mentioned, native apps are a much better option than webview apps.

Webview apps tend to find favor amongst users who don’t have a big enough budget to spend on developing native apps. AppMySite helps in this regard and makes the process of building a native app easier and financially viable.

With AppMySite, users can currently create both a WordPress and WooCommerce native app. It is widely used as a WooCommerce to app builder for iOS and Android.

Also read: How to Make an App Without Wiring a Single Line of Code?

This piece offers an important contrast between webview and native apps. Through the course of the piece, we argued for native apps over webview. There are some situations where a webview app might make sense.

It makes sense to develop a webview app while testing an app idea. This is because webview apps are faster to make and much cheaper.

However, only native apps are ideal for taking an app to market. By choosing the right mobile app builder for iOS and Android, users can develop a native app in a short time frame and at a reduced cost.

Previous articleHow to Make an App Without Code in 3 Easy Steps
Next articleMobile app navigation: Best practices to enhance your UI and UX