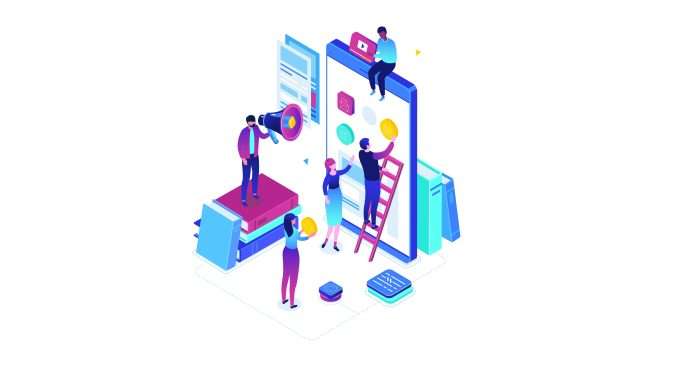 Progressive web app or a native app – what to create?

Today, the mobile industry is going full force towards progressive web apps and feels that native technology is left behind. However, this is true to a certain degree.

Contrary to progressive web apps, there are undeniable benefits of a native app that PWA cannot offer.

If you are hesitating between creating a native app or a progressive web app, this post is meant to describe the significant differences between the two clearly.

Else, if you want to turn your website into an app, AppMySite can help you make an educated decision.

Here are the differences:

Progressive web apps work on iOS. However, their functionality is not as supportive as on Android.

For instance, Apple recently shifted its supporting Service Workers in safari. This shift is a significant improvement that opened the doors to lots of previously lacking functionality, such as the ability to work offline.

The ability to receive web push notifications is another big miss, which can be a deal-breaker for many people out there.

You can communicate with your users via SMS as an alternative. But, if your project requires push notifications, you should definitely go for a native app.

The integration of both apps, PWA, or native on Android is good. Besides push notifications, there are some other advantages as well, that is incomparable with iOS.

However, Android couldn’t make the home screen installation process easier in progressive web apps. It simply means as soon as the user visits the PWA, they are immediately prompted to install the app on their home screen for quick access.

While a PWA can also be installed on the home screen of an iOS, the user doesn’t receive any indication about this option, or instructions on how to do it.

Service Workers eventually work in all browsers running on an Android, whereas iOS users can only get benefits from them using Safari.

Both PWA and native apps offer the same features, except the functionality of geo fences and beacons. However, these two features are unfortunately supported on progressive web apps.

Geofences and beacons are usually used for location-based notifications.

PWAs on Android gives you an option to send push notifications based on targeted criteria. In contrast to PWAs, by building native applications with Android app builders , you can easily communicate with users and customers.

If your business is not well-known yet, search engine optimization (SEO) serves as a valuable tool. SEO helps your potential users to find out about your business.

When it comes to PWA, you can take advantage of SEO as these apps are found from search engine queries. For native apps, App Store Optimization (ASO) works well, and brings valuable traffic to the app.

You need to consider a few points while launching an app, that is: how your potential users believe in your app and how your content encourages users to put time and effort into your app.

For instance, you own a restaurant and its app. Also, the primary purpose of your app is to display a menu and take reservations. Do you think your potential users will download such an app? They will probably do a quick search engine query to avoid wasting time and storage space.

A progressive web app can work great for returning customers who are likely to do a quick search engine query to avoid wasting time and storage space. However, if we talk about WooCommerce native app, users won’t hesitate to spend their time and storage.

On the same lines, if you are still figuring out on how to get an estimate on your audience’s behavioural patterns, a PWA can be an excellent way to test the waters before you dive in and miss out on your prospective users.

While progressive web apps are easy to discover, the opportunity for amplification is great on the native app.

If your app gets featured in the search results of the store, you will have a chance to gain a massive amount of user-attention instantly. Moreover, this fame is not equivalent to 15 minutes in the world of progressive web apps.

If you go for building a native app via WooCommerce mobile app builder, it will limit your audience for a simple reason. Moreover, this reason can only be confined to using two standard types of mobile devices, Android or iOS.

Existing mobile users are shrinking or switching though. Windows and Blackberry users are forgone as well as desktop users are also ignored.

However, PWA runs in a browser, and it ensures that individuals who browse the internet can have the opportunity to reach your content.

Lastly, if you want to publish a native app, you need to undergo and comply with third-party regulations, reviews, and fees. Also, while you publish your app on the app store, you will need to pass their standards in terms of design, quality, code, and content.

Most importantly, if your content in your app is not in line with the store’s image or culture, app stores can refuse to publish your app.

Content plays an important role in your app’s future, as well. Simply put, if you try to make an update to your mobile app and somebody doesn’t agree with it, you are prone to getting hacked from app stores at any time.

Additionally, publishing an app on app stores require fees. Contrary to app stores, if you publish your app on the web, creating developer accounts and registration fees do not exist.

The clear winner here in terms of user experience and functionality are native apps. With AppMySite, you can build native apps for your customers and users without writing a single line of code.

If want to start building a native app, visit AppMySite. You can build premium mobile apps for your business in minutes with no-code tools and automated workflows.

Previous articleNative vs Hybrid apps: Choosing the best platform to build your app
Next articleWhy should you create your own developer account?