The world of mobile apps is always in a state of flux. New changes continue to transform the way people go about developing and launching mobile apps.

These changes are often imperceptible on the user side. How many users feel the process of downloading an Android app from the Google Play Store has changed in the past five years?

Many Android users would say the process remains the same. However, things have changed in the background. In the background, the process of downloading an Android app from the Play Store has been changed with the arrival of AAB files.

What are AAB files?

According to Google’s very own guidelines, AABs will become the only file format new apps can use to get published on the Play Store from the second half of 2021.

This marks a drastic change in the process of Android app publication. Many apps have already switched over to AABs thanks to the many advantages it brings along.

The following sections will provide a lot of insights on the need for AABs.

Apps are getting better, and bigger.

We couldn’t play the type of mobile games we play today ten years back. Besides the obvious graphical and performance-related challenges, most devices couldn’t support large apps.

Improvement in device performance and storage has encouraged developers to create feature and function-rich apps. From a game developer to someone using a DIY builder to convert WooCommerce site to mobile app, everyone wants to provide a whole variety of functions and features.

This desire comes at a cost.

One would think users wouldn’t mind large app sizes. After all, increase in storage capacity should naturally allay fears about big apps.

Look at the chart below. Despite an increase in storage capacity of smartphones, users are not open to installing large apps.

A trend like this naturally forces developers to compromise and cut down file size. This also means cutting down features and functions that can set the app apart in the market.

This is where the arrival of AABs helps.

How do AABs help compress the size of mobile apps?

Developers naturally need to build up a lot of resources to ensure their app performs well on a range of devices. This is the major cause for large APK files.

Here’s how the process works –

AABs basically enables developers to not compromise on the features and functions they build. The growing diversity of Android devices in size and performance necessitates the use of AABs.

Contrary to popular belief, AABs don’t supplant APKs from the app development cycle. Instead, AABs create a better framework for APKs to function in. For testing purposes, developers still have to use APK files as they’re the only way to download an app on an Android device. However, the publication of apps on the Google Play Store is now best served with AAB files.

The contents of an AAB file

The contents of an AAB file are not very different from that of an APK file. The main difference comes down to the organization of different resources. 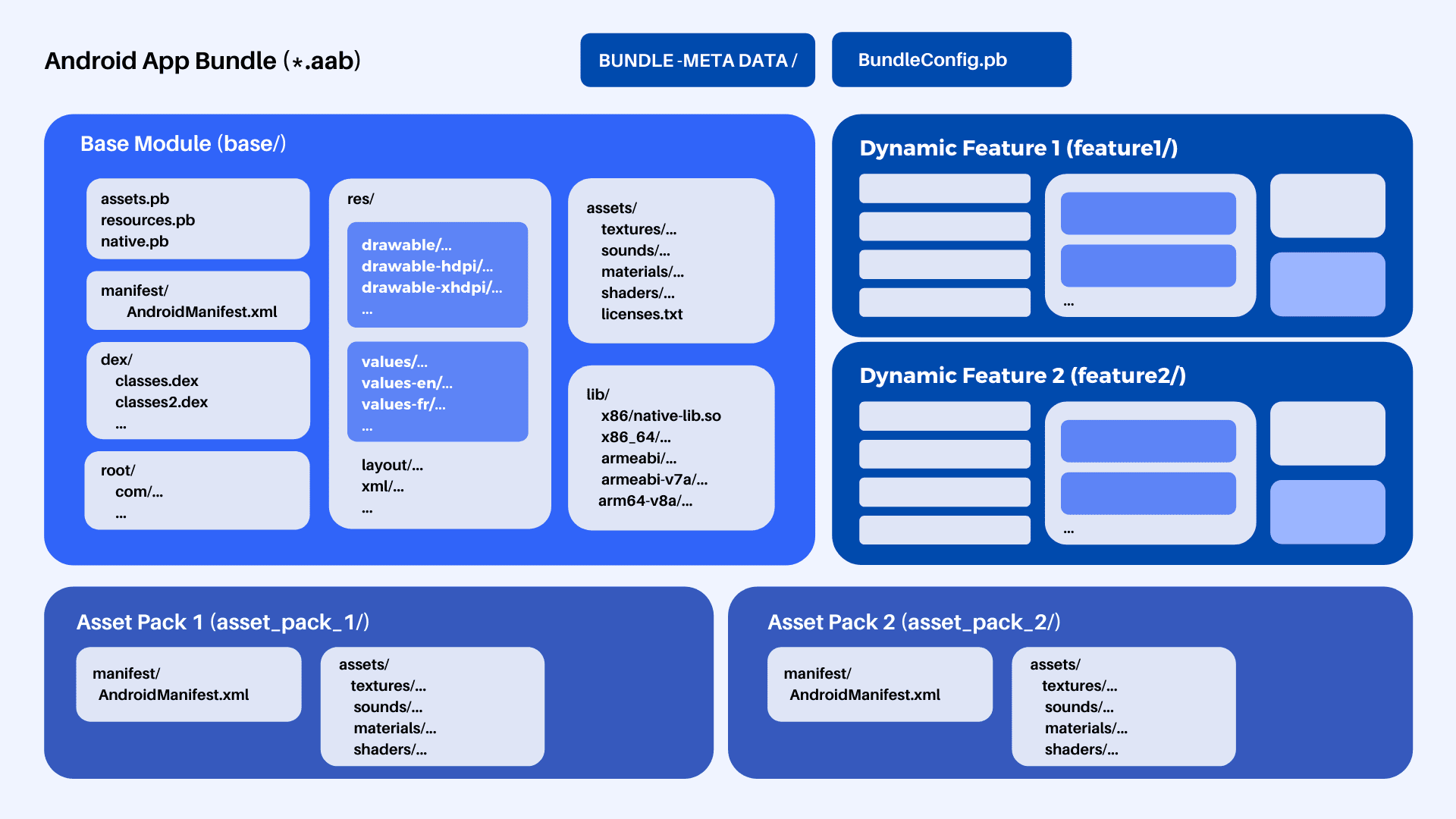 The following sections discuss the different contents of an AAB file-

How can AABs help those using app builders?

People using app builders are often not familiar with the various technical vagaries of the mobile app world. The entire point of using DIY-app builders is committing to a non-technical path to app development.

This doesn’t mean the app world stops evolving. Despite committing to a non-technical path to app development, the users banking on app builders should respond to technical upgradation which suits their interests.

Leveraging AABs has a lot of advantages. Some of them include –

AABs are now a key part of the Android ecosystem. From the second half of 2021, all new apps will have to be submitted with AAB builds to the Google Play Store. The future of Android app submission for the foreseeable future lies in AAB files.

This piece provides an in-depth analysis about the various aspects of AAB files. The early sections cover the need for AAB files. The contents of a typical AAB file are covered in detail as well. The final section offers insights to those using an online app builder on the advantages of using AABs for Android app submission.

Previous articleAndroid application packages – A complete guide on APK files
Next articleAPKs vs AABs – What is the difference between the two Android files?