Retention vs Acquisition – Where should app startups focus their efforts? 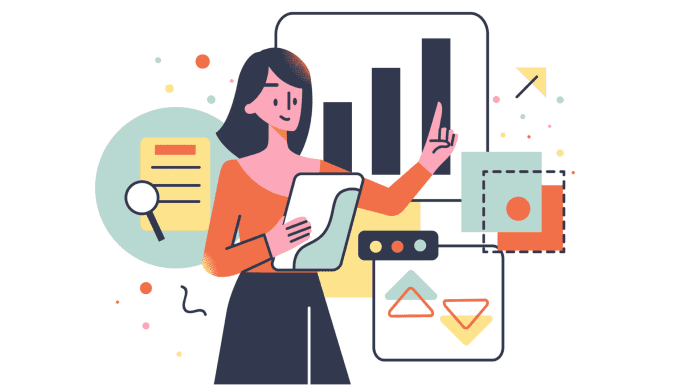 The months preceding and proceeding an app launch are very sensitive for obvious reasons. Many strategic decisions which determine the direction an app takes are made during this period. From development to design and even marketing, key decisions are made for every part of an app.

Another one of the key decisions companies make at this stage is regarding outreach. This is a critical decision especially if the app is being launched by a startup or a small business.

Why is an outreach plan so important for startups and small businesses?

Unlike a big company, a startup is unlikely to have a huge fund to oversee an app marketing blitz. They have to carefully shape their outreach plan within their limited resources.

The question of outreach and user base will always lead to user retention and acquisition. There are entire schools of thought dedicated to both these strategies. Should a startup focus on acquiring new users? Should it focus on retaining its existing base?

Finding the right answer is important. Whether you make your own app without coding or with a whole range of programming languages, retention and acquisition are problems for everyone in the app market.

The debate between user retention and user acquisition has many layers. The following piece will try to unravel each layer of the debate.

First, let’s get the basics out of the way.

What is retention? What is acquisition? The basics

User retention in the context of mobile apps simply means the practice of retaining users who download an app.

People don’t always use the apps they download or even keep them on their device for a long time. User retention involves the deployment of key tactics and strategies aimed at improving user experience and engagement. This has a direct impact on reducing app churn and decreasing the overall dormancy of inactive users.

User acquisition is the other side of the coin. It is a practice that seeks to attract and create new app users.

In many ways, user acquisition is similar to typical mobile app marketing techniques that seek to drive app downloads through various channels. The tactics involved in user acquisition are in no ways related to any effort to increase user retention. The goal is to reach the target audience and convert them into becoming app users.

Is retention-acquisition a zero-sum game?

What is the debate between retention and acquisition really about? Let’s paint a scenario to understand this question better.

Assume you go from WordPress to app for Android and iOS devices. As a startup, you’re strapped for resources. You can use the limited financial and human resources you have to get out and market your app. Your goal in such a case is to get as many app downloads as you can and capture a sizable market share.

This is a path many startups follow all the time. However, this leaves one thing unclear – improving the app itself.

As you grow your user base, you will start getting a ton of feedback as well. You will also start to see a lot of users coming and leaving your app for a myriad of reasons. Naturally, you’d like to address these issues. However, you no longer have the resources to work on improving your app.

When we speak of startups and small businesses, retention-acquisition is indeed a zero sum game. Companies have to choose one or the other when bringing an app to market. It is not possible to improve an app and grow its download numbers at the same time without a serious injection of capital.

Which side is better? The following sections cover the retention-acquisition debate in great detail.

The case for retention 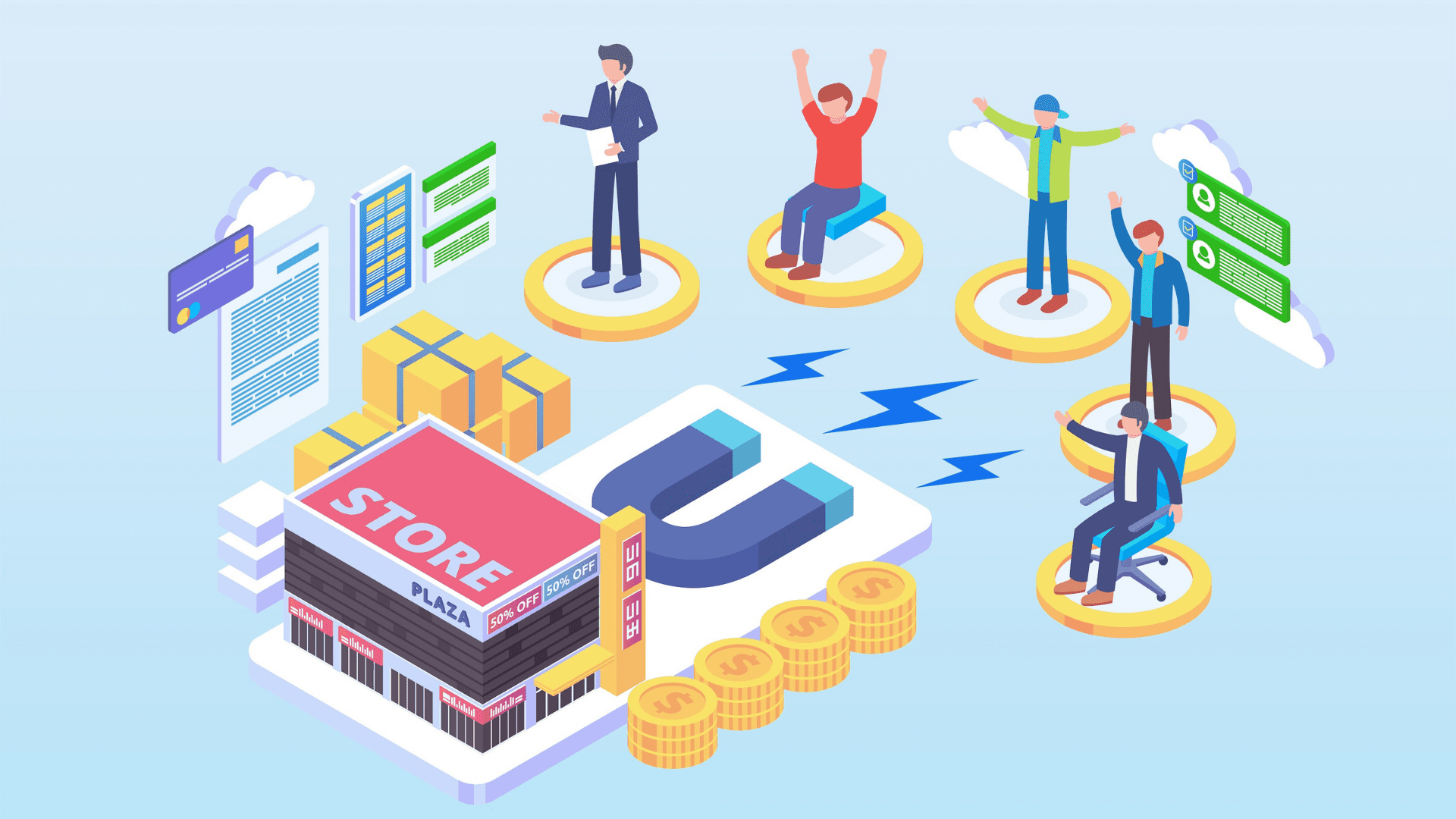 Why retain instead of acquire?

To answer this question, one has to remember what a typical push to retain users entails.

A user retention-driven strategy is based on constant improvement. Companies don’t go out of their way to market the app across various channels. The goal is to keep the existing flock of app users happy and satisfied.

There are real numbers backing the retention-based approach. An HBR study maintains that a five percent growth in user retention leads to a growth in profits between 25-95%. Even the lower limit of the profit estimate is good enough to make anyone take user retention seriously.

Does the push for retention mean no growth in app downloads?

An earlier section refers to the retention-acquisition debate as a zero sum game. A retention strategy rules out user acquisition when we speak of small-scale app startups.

However, it does not exactly rule out new app downloads.

What do satisfied users do? A sizable portion of them are likely to recommend the app to their friends and family. They are likely to participate in referral programs. Apps in such cases benefit from a word-of-mouth phenomenon.

Thus, retention-focus doesn’t necessarily mean a complete absence of new users. It only means companies choose to invest their resources in enhancing user experience. The byproduct of this push naturally leads to more app downloads.

The case for retention is largely drawn from its innate focus on user experience above downloads. A startup can handle a smaller user base with ease and is the best route for sustainable growth.

In an ideal world, a retention-based approach makes a lot of sense and should be the preferred strategy of startups and small businesses.

When does acquisition-focus make more sense?

In an ideal world, a retention-driven strategy makes the most sense.

We don’t live in an ideal world though.

For a new app, maintaining a high level of user retention is literally a mirage. Every app marketer has a statistic to cite on the fall user attention spans. The reality is a little different. Modern users have all the attention in the world for the things they like doing.

The consistent growth of time spent on apps is evidence of the same. Their attention for new services and apps is much lower now.

What does this basically mean? User retention is only possible if users are willing to give time to a particular app. The recent numbers on user retention don’t bode well for companies banking on retaining their users. 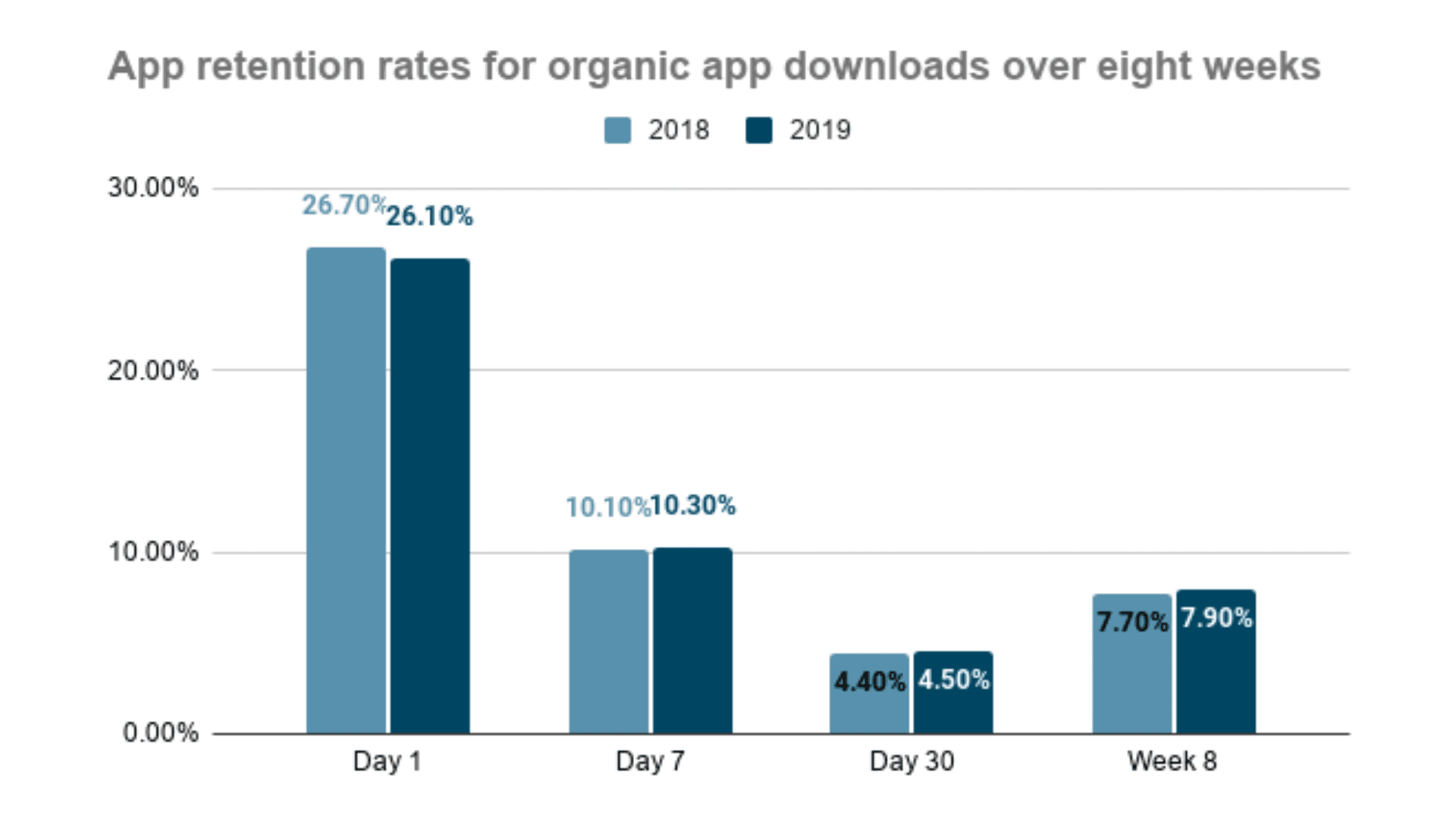 The continuous fall in the average retention rates of mobile apps points to the difficulty of the task. Taking on a retention-based strategy sounds good on a theoretical level. The reality of numbers clearly shows the problem with adopting such an approach.

If apps on average can only maintain a retention rate of 8% a month after a download takes place, a retention-based strategy is flawed.

The need for an acquisition-based approach largely comes from the failure of retention-oriented plans. At 8% retention, the only way to sustain an app is to continue adding more people to the user base.

The need for acquisition in a retention-based strategy

The general perception of marketers when it comes to a retention-based strategy is that acquisition is completely absent. This is largely true. However, an app can only retain a given set of users if it manages to acquire them in the first place.

Thus, user acquisition is a necessary part of every app strategy. Every app needs to hit a critical mass of users before it can contemplate adopting a retention-based approach. There is no way a company can hope to succeed with 50-100 app users. There needs to be a volume of at least 1000-2000 app users before companies can start working solely on user experience.

Retention vs Acquisition – A comparison

The table below highlights some of the key differences between a user retention and acquisition based strategy.

Acquisition and Retention – A balanced approach

A previous section in this piece propounds the zero-sum nature of acquisition-retention debate. There is a way to balance the two different strategies provided companies apply the right tactics at the right time.

User acquisition comes first. The first order of business for any new app in the market is to hit a critical mass of users. The target can vary. For some companies, the target can be 1000 downloads. For other companies it can be 10,000.

After hitting a critical mass of users, companies should switch to adopting a retention-only approach. User retention basically involves making continuous updates to the app to ensure top quality user experience and high retention. This base of users will grow gradually as existing users refer more people and foment organic app growth.

The important thing to remember here is monetizing the growing user base effectively. This is crucial for the long-term success of your app. The spurts of revenue you generate can be recycled into acquisition channels and thus create a cyclical balance.

User acquisition and retention are terms repeated commonly in the world of mobile apps. Startups generally have to focus on either one of the two when they start out on their app journey. This is generally because of financial feasibility reasons.

This piece provides a complete overview on the debate between user acquisition and retention. There is no clear winner between the two. The best way to approach this debate is to balance both retention and acquisition over the initial period of an app’s life cycle. This is true for a gaming app as well as an Android and iOS app for a WooCommerce website.

A balanced approach that a company neither burns its resources focusing on acquisition alone nor keeps chasing the ‘user-retention’ pie in the sky.

Facebook
Twitter
Pinterest
WhatsApp
Previous articleTop 45+ Mobile app marketing and advertising statistics – How do companies sell apps?
Next articleKnow what is Moment marketing and how to use it for your mCommerce business