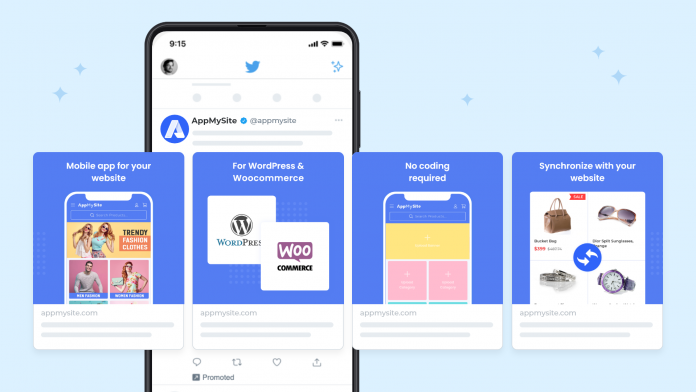 Twitter carousel ads are here: Discover the best tips to use it for app install campaigns

Mobile apps and social media are the two things that have evolved and escalated rapidly over the years and have taken the world by storm.

In fact, the proliferation of these two technological tools is shaping the world around us in many ways. Both the tools are playing an instrumental role in changing the dynamics of the web world, including the online marketplace.

As a result, many smart businesses are converting WordPress to apps to enter the mobile market, and using the social media platforms to attract the mobile friendly buyers.

However, to stay at the top of your game, you must remain updated of the new advancements in both the fields and also try to make the most of each and every new milestone, launch, and update.

One such new addition to the social media universe, is the launch of Carousel Ads by Twitter. Stay tuned and know all about it. Also discover some handy tips to ace it and grow your mCommerce business.

Carousel Ads have emerged as a popular ad and marketing format across social media and other digital platforms. These ads have the dynamism of videos and the tranquility of images, and thus turn out to be a powerful combination of both.

Admittedly, “swiping and scrolling” has become our favorite task ever since smartphones have entered our lives. In fact, most of us tend to scroll and swipe through most of the content we come across on our feed, even if we do not really intend to at the first place.

Thus, carousel ads capitalize on this very swiping tendency of consumers, thereby, making them acquainted, informed and interested about the desired product, concept, campaign, etc. Most social media platforms already have the format added to their advertisement deck.

However, Twitter has only rolled out the full-fledged version of carousel ads this month. It is similar to the carousel ad formats on other platforms and enables marketers to create a dynamic ad by combining two to six horizontally swipeable images & / or videos.

Suggested Read: How to promote your mobile app on Twitter – The complete strategic guide

Twitter carousel ads can have immense benefits over regular ads. In fact, Twitter directly revealed its findings of a study that give a statistical overview of its benefits.

You can always explore the feature and test it for yourself. However, to help you get a clearer picture and to understand better, we have listed some of the outstanding benefits of Twitter ads. They are:

The edge-to-edge design of Twitter carousel ads makes the content more engaging and interesting. As a result, the attention span of the consumers increases.

When presented in a swipable carousel format, users tend to spend more time on the ad, as compared to regular images, infographics or videos. This eventually benefits the brand in the long run.

As discussed above, carousel ads are proven to have better strike rate and higher ability to generate response from customers. It turns out to be more informative, and hence more captive.

The aesthetics and the scope of laying out information in an elaborate manner, leads to better click-through and response rate in customers. This leads to a spike in traction, conversions and sales, as well. Moreover, carousel ads are easier to create, test and publish!

Twitter carousel ads are highly dynamic and designed to serve the goal that it is intended specifically for. For instance, you can aim for more app installs and downloads, product sales, impressions, etc., and move accordingly.

This enables marketers and brands to channelize their energy in the right direction and make the most of their efforts. It inspires goal-oriented ad campaigns, thereby amplifying the favorable results.

Follow the handy tips and tricks discussed below and make the most of your Twitter carousel ad campaigns.

Any ad campaign can turn out to be a total failure or waste, if you do not conduct proper audience sampling. It is important that you know your potential buyers and target the right audience.

For instance, if your product is for millennials, you can skip showing the ad to the people from other age groups. Similarly, you can look for other demographic and psychographic metrics, and target your audience through the ad accordingly.

When placing ads on social media, you must be cautious about the formats to ensure quality and screen & device adaptability. In the case of Twitter, Carousels should be of the following formats:

The assets can also be combined accordingly within the same Carousel. You can also read the carousel specifications by Twitter to know more about the ad format specifics in detail. Play by the rules and guidelines, and multiply your profits.

#3: Craft a visual narrative or story

Carousel ads can be creatively used to tell a brand story. In fact, you can focus on soft-selling and brand story telling techniques to encourage and inspire your consumers, rather than directly talking about sales.

Create high-quality ad content with compelling copy and attractive elements images, videos, gifs, text, etc. Add and a prominent URL or CTA button that redirects users towards the desired action. Use all the elements to put up a brand story or campaign that coherently conveys your aims and objectives.

#4: Use all the components smartly

As of now, you get two to six slots or cards to create Twitter carousel ads. You do not necessarily need to use all the slots, but to use them smartly. Do not stuff unnecessary content and avoid making two cards totally different or unrelated to each other.

While each card can standalone, the ad altogether must paint a coherent picture. Hence, you can also break one illustrative image into parts, with different creative captions. However, ensure utilizing all the related elements like the headlines, visuals, descriptions, CTAs, etc., to the fullest.

Every brand or ad campaign has its own USP (Unique Selling Proposition) that has the ability to turn eyeballs and garner immediate attention. Find that out and use it in your carousel ads.

You can also take the most interesting and sellable features of the mobile app and highlight it in the carousel ad if you are aiming for app installs and downloads. 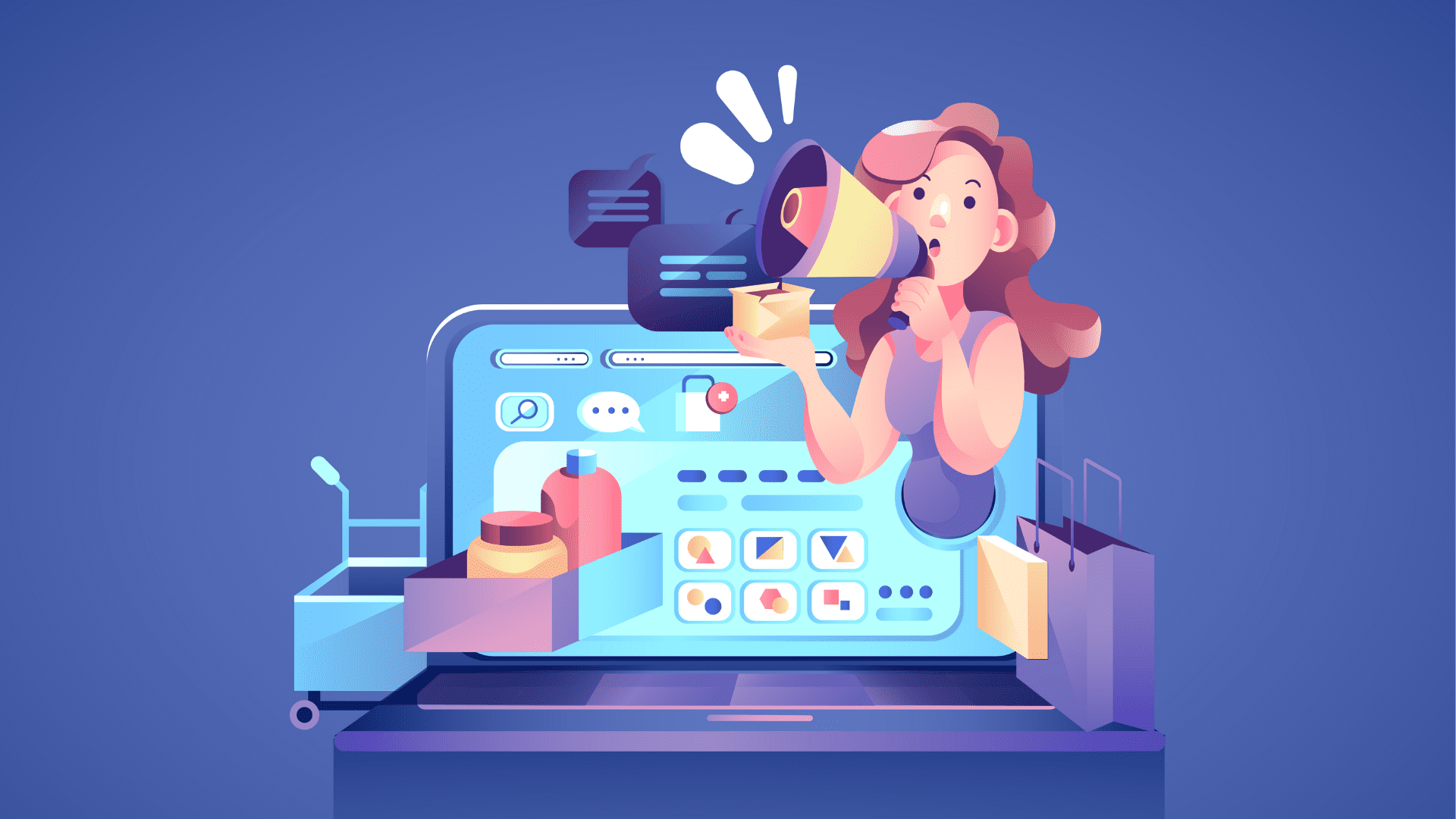 That was all about carousel ad campaigns today. You can check out our suggested blogs and stay tuned to this space to get more such informative and entertaining updates regularly.

If you have the perfect app already, then just go ahead and create your first carousel ad on Twitter to promote it. Gain more app installs and traction and generate sales like never before.

However, if you lack in this department or your app is outdated, then we suggest that you create a new one first. Do not worry! There is a pocket and watch friendly way to do this!

Just sign up for AppMySite and create premium iOS and Android apps​ with our DIY app creator online. Create, customize and test high-performing native apps for free and publish only when you are completely satisfied!

Still waiting? Go ahead and join the league of our smart subscribers now! Build your own app and embark upon the journey to create and rule your space in the mCommerce industry.