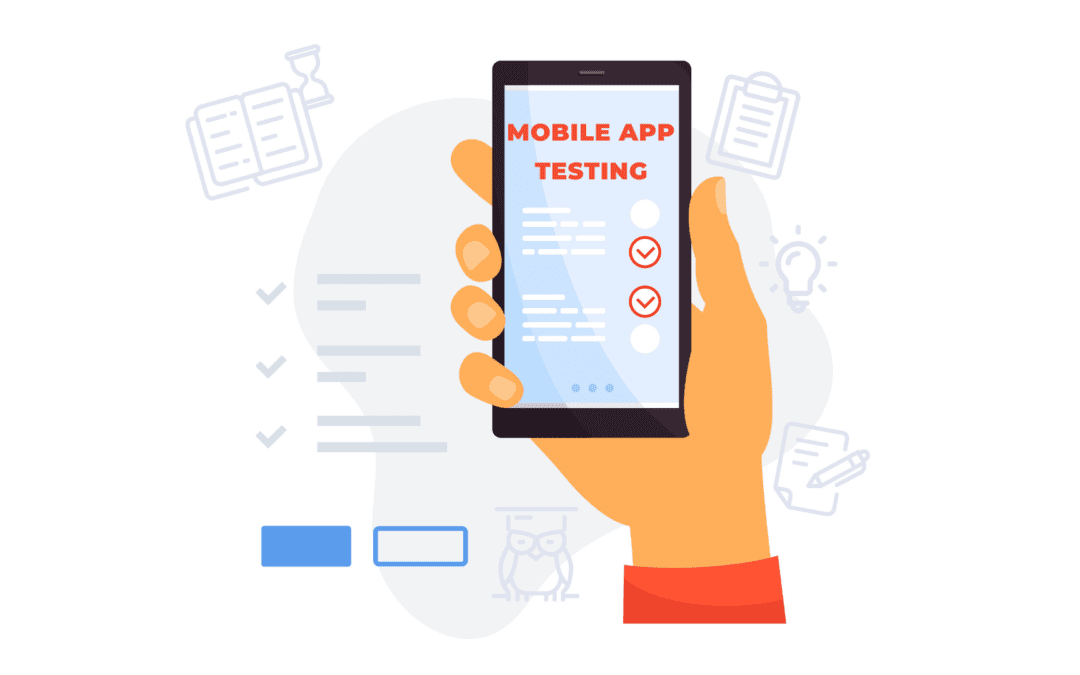 In principle, mobile app testing comes from a similar school of thought. It makes sense to test an app thoroughly before making it live on an app store. Users can get a better idea about an app when it’s free of bugs and performance issues.

Companies tend to put their apps through a number of testing stages with the help of various mobile app testing tools.

How often do you come across obvious errors when using a popular app? The chances of bugs hampering app performance in a significant way are small. This only speaks to the high standard of testing apps go through these days.

How to test a mobile app? A step-by-step guide

What is mobile app testing?

In simple words, mobile app testing is a process performed to identify bugs, performance obstacles, and design issues in a given app.

A writer who writes a long manuscript would naturally need a competent copyeditor to resolve typos and grammatical oversights.

Mobile apps are the same. Developers can leave out small bugs that hamper the overall user experience of an app. App testing as a process is solely dedicated to correcting any issues that arise during design and development.

Testing an app is not a simple matter of opening every mobile screen and looking for bugs.

First though, we will discuss the tactical need for app testing.

The need for mobile app testing

We previously discussed the basic importance of mobile apps. The following points will help users see why they app testing is important

These four points point to one key modern challenge – variety. There is variety in smartphones, operating systems, ISPs, and scripts.

Mobile apps developers have to cut across this challenge of variety and offer a unified app experience. Only a stable app testing process that validates performance across all factors can help achieve the same.

As mentioned earlier, app testing is not just about opening every app screen and finding bugs. There are many types of app testing. They are explained in the following sections.

Automated testing simply automates the process of testing a mobile app. There are a number of repetitive tasks that do not require the constant attention of app testers. Automated testing can help in such situations.

Automated testing requires regular oversight. Furthermore, it is not at the stage where professionals can ignore manual testing.

Some of the advantages of automated testing include –

Manual testing is the opposite of automated testing. It involves actual app testers putting an app through a number of different conditions.

Every app requires some level of manual testing. Automated test runs can only discover bugs to a certain degree. There is a natural need for companies to lean on human app testers.

There is a lot of time spent in the app testing space pitting manual and automated testing against each other. This is a wrong way to look at both.

Functional testing is the most basic form of testing an app. It essentially tests whether an app meets certain standard requirements.

Let’s say you’re about to launch an ecommerce app. You built the app using a free app maker. The first piece of advice you might get from a seasoned app tester is to perform a functional test.

What would a functional test for an ecommerce app entail?

An app doesn’t always get ideal conditions to work with. There are a number of difficult conditions where an app has to perform. These conditions can range from low battery to poor network service.

Performance testing basically involves testing an app in less than ideal conditions. Let’s take an example. Assume you decide to create an app for your WordPress blog. You eventually succeed in making one with an app creator online without coding.

Your audience happens to casual readers who will only read your blog while traveling to work every morning. They would naturally access the app with their cellular internet connection which is much slower than normal Wi-Fi.

Can your app provide an optimal experience? Performance app testing can help shed light on the same. It basically puts an app through all well-known ‘difficult’ conditions. The app is only given the green flag if it meets a certain performance threshold. For obvious practical reasons, performance testing is one of the most important forms of app testing. 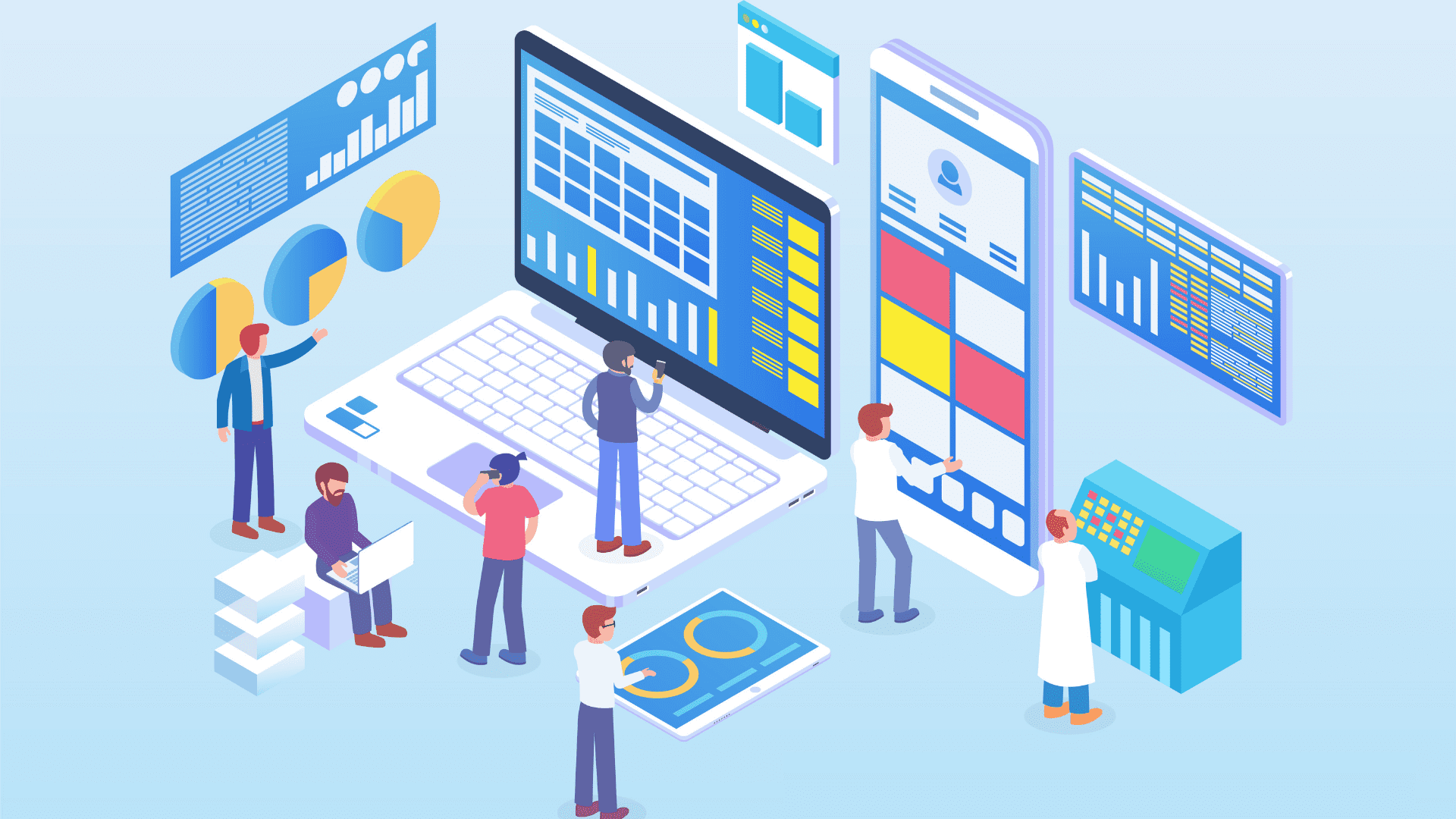 The overall objective of usability testing is studying the overall experience of using the app. It has the mandate to test and provide suggestions for a whole range of app modules.

Security testing essential tests checks the ability of an app to stand against malicious hacking attempts.

There are a number malicious attacks can deploy on any given mobile app. From plain old social engineering attempts to SQL injection attacks, hackers can exploit many vulnerabilities in an app.

Security testing generally involves a number of cybersecurity practices such as reconnaissance and penetration testing. The objective is to snuff out any possible security issue and nip it in the bud.

Interruption testing simply checks if an app performs well when interrupted by another application.

A simple example of an interruption is an incoming call. You must have noticed a YouTube video pausing automatically when there’s an incoming call. This is a simple measure to ensure that users can attend to their calls and not worry about stopping their video.

Other interruptions such as text notifications, plugging in phone charger, data transfer with cable, and so on are all part of interruption testing.

A change in location should ideally bring a change in the app as well. For instance, people using YouTube in the US would get some video recommendations based on their location. Location-based recommendations are also common in other apps like Twitter and Facebook.

If an app does have the ability to change according to the location, localization testing comes into the picture. The basic goal of this testing process is to study whether an app performs as it should in a given location.

Usually, app testers use VPNs to check if an app changes its form based on changes in location. The scale of localization testing depends on the depth of changes developers create based on location.

App users often don’t update the operating system (OS) on their smartphone device. This is especially common when the size of the update is more than 100 MB.

Can an app only be expected to perform on up to date operating systems? No. A better solution is to make sure an app performs well on the older versions of an operating system as well.

Outdated OS testing essentially involves app testers studying an app on an older OS version. This makes sure users who have not updated their OS can still use a given app.

App testers use a whole range of tools depending on the type of test they’re about to perform. The following points cover three popular mobile app testing tools –

How to test a mobile app? A step-by-step guide

The previous sections provide a comprehensive overview on the essentials of mobile app testing. The topics covered are useful for anyone developing an app.

Ultimately, app testing is a process. Professionals follow a certain style of functioning for the sake of accuracy and management.

The following sections provide a step-by-step guide on how to test a mobile app.

The first step is to choose the device on which the app will be tested.

This is the part where many companies tend to cut costs. Testing an app on a whole range of mobile devices sounds like a good idea. However, it is difficult for every company out there to procure a whole range of smartphone devices.

The easiest solution in such a case is to choose the device with the worst specs. This is basically done to confirm if an app will perform on the worst device possible.

Let’s say you create an app that requires a minimum 512 MB RAM. Ideally, you should not test your app on the best device available. Choose a device with the same or lower RAM and check if your app reaches certain key performance thresholds.

Another way of going about this is studying which device is most used by the target audience. For example, if your target audience is made up of more iOS users, it makes sense to test the app on an iPhone.

The second step is testing the app on a live emulator.

A live emulator is a good tool to test the basic UI of an app. Users can get a basic idea of how the app works and the overall user flow.

The important point here is to not solely depend on the emulator. An emulator cannot effectively provide accurate information about the experience of using the app. Only a real mobile device can provide data on the real experience of using a mobile app.

We covered a significant number of tests in a previous section. In the third step, app testers have to deploy various relevant app tests.

In most cases, app testers have to develop the test runs based on the specific requirements of an app. Many app testing tools in the previous section allow users to write their own test scripts and deploy them on an app build.

All tests have their own importance. App testers have to look at their specific project they’re working on and choose a set of tests accordingly.

The likes of security testing can be done automatically with the help of cybersecurity tools that automate penetration testing. Other testing methods like usability testing require a more hands-on approach.

The results from the tests help app testers see where the app is lagging. In some cases, the solutions to various bugs and issues are very simple to resolve.

In other cases, the solutions can take some time.

Let’s take usability testing as an example. The results of a usability test will point to user experience issues. Generally, UX issues take time to resolve.

Let’s take an example. Assume you build an ecommerce app with a WooCommerce Android app builder.

What if a usability test of the ecommerce app shows that the navigation across the app is too slow? This would naturally require more wholesale changes.

Some issues are more easily resolvable. What if a button is invisible because its color and text matches the background? Such an issue should not take an experienced developer more than ten minutes to resolve.

How to test an app on AppMySite?

Some readers who lack programming experience or knowledge may find some parts of mobile app testing too tedious.

This tediousness of dealing with code is the first reason people turn to make an app with an app creator online without coding. However, the challenge of testing an app built with a free app maker is a big stumbling block.

This is why it becomes important to choose app builders like AppMySite.

AppMySite is a reliable mobile app builder that enables users to create an app without writing a single line of code. Users can essentially turn their WordPress and WooCommerce websites into native mobile apps.

One of its unique features is offering app testing capabilities to users with the help of an app preview section.

The app preview section on AppMySite enables users to test their mobile app on both live emulators and real mobile devices.

The following points explain how to test an app on AppMySite.

There is a natural urge amongst companies launching an app to put their best foot forward. App testing basically enables them to do the same. Before launch, the app is put through several stages of scrutiny where app testers check it for any faults.

The latter sections cover the procedural aspects of mobile app testing. Readers are provided insights on how app testing is done on a practical level.