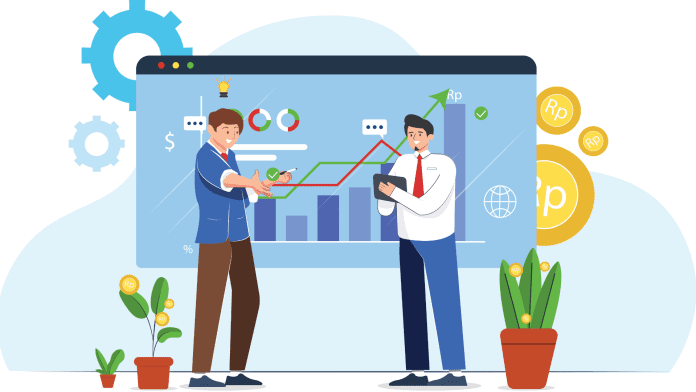 This is an interesting phenomenon. For years, marketing has been a very interpersonal practice that relies more on consumer behaviour than technology.

The arrival of digital marketing has played a big role in creating a dualistic dependence between technology and marketing. Modern algorithms powering digital platforms have made it easier for marketers to reach their target audience.

Mobile app marketing is one tenet amongst many in the modern apparatus of digital marketing. The continuous rise of mobile apps both in volume and preference makes app marketing a major point of focus.

Take the numbers for some context. In a segment like online shopping, 85% shoppers now prefer making purchases on their apps than on a mobile website.

85% is a huge number and it shows a marked shift in the market towards mobile apps.

The future of app marketing, like the future of marketing in general, devolves into an argument about technology. The fate of apps and technology are closely linked. After all, the rise of mobile apps goes back to tech innovations, i.e smartphones and faster operating systems.

However, technology alone is not the only factor affecting the future of mobile app marketing. User behaviour and experience are major contributing factors as well.

In the following sections, we will cover some areas where mobile app marketing will change significantly.

The fall of interruption marketing (and the rise of native ads)

Let’s say you have a dream to start a mobile app for your retail business. You first learn how to create WooCommerce Android app with an app maker.

Your app is not just a piece of software. It represents your aspirations as a business. You naturally want to provide your users the ultimate experience and not create pesky interruptions. No one wants to flood their app with interstitial ads that frustrate users and kill experience.

Ad monetization is a major channel within the world of mobile app monetization. There are some ad formats that do not have a big impact on user experience. Adhesion banners and native ads are examples of such ads.

The problem with ads

However, there are other ads that severely dent user experience. You might have come across them when playing on a free gaming app. They are called interstitial ads that interrupt user action. Users generally have to wait for a given period of time before closing the ad.

This is nothing but another form of interruption marketing.

It’s not our aim to discuss whether interruption marketing works now. Our goal is to find out its viability in the future.

Let’s look at the numbers. Studies show that 93% of all ads are not seen by the intended audience. Furthermore, advertisers waste 44% of their advertising budget on useless ads that are never noticed by the audience.

The first digital banner ad came out in 1995. It’s safe to say that the current generation of internet users is almost programmed to ignore ads. This brings us to phenomena like banner blindness. It basically refers to the act of ignoring ads, either consciously or unconscious.

Have you ever seen a search ad on Google? It is very similar in appearance to a normal search result. Users can sometimes even mistake it for a real organic search result.

What is the point of making an ad similar to an organic search result? The goal is only to make users feel they’re having an ad-free experience on the search engine.

Imagine if Google enables advertisers to post banner ads in search results. The first disadvantage will be a natural fall in the quality of user experience. The second disadvantage would come to the advertisers. Users are trained to ignore explicit banner ads. They are less likely to ignore an ad posing as native content.

This is the main value proposition behind native ads. It doesn’t give the appearance of an actual ad. Furthermore, the overall CTR and conversion rate of an ad also increases.

Many mobile ad networks are adopting the native ad model to placate both advertisers and publishers. The final users also benefit in the end because they get to interact with advertorial content without the flashy banners or any other interruption marketing gimmicks.

Marketing apps within a specific location 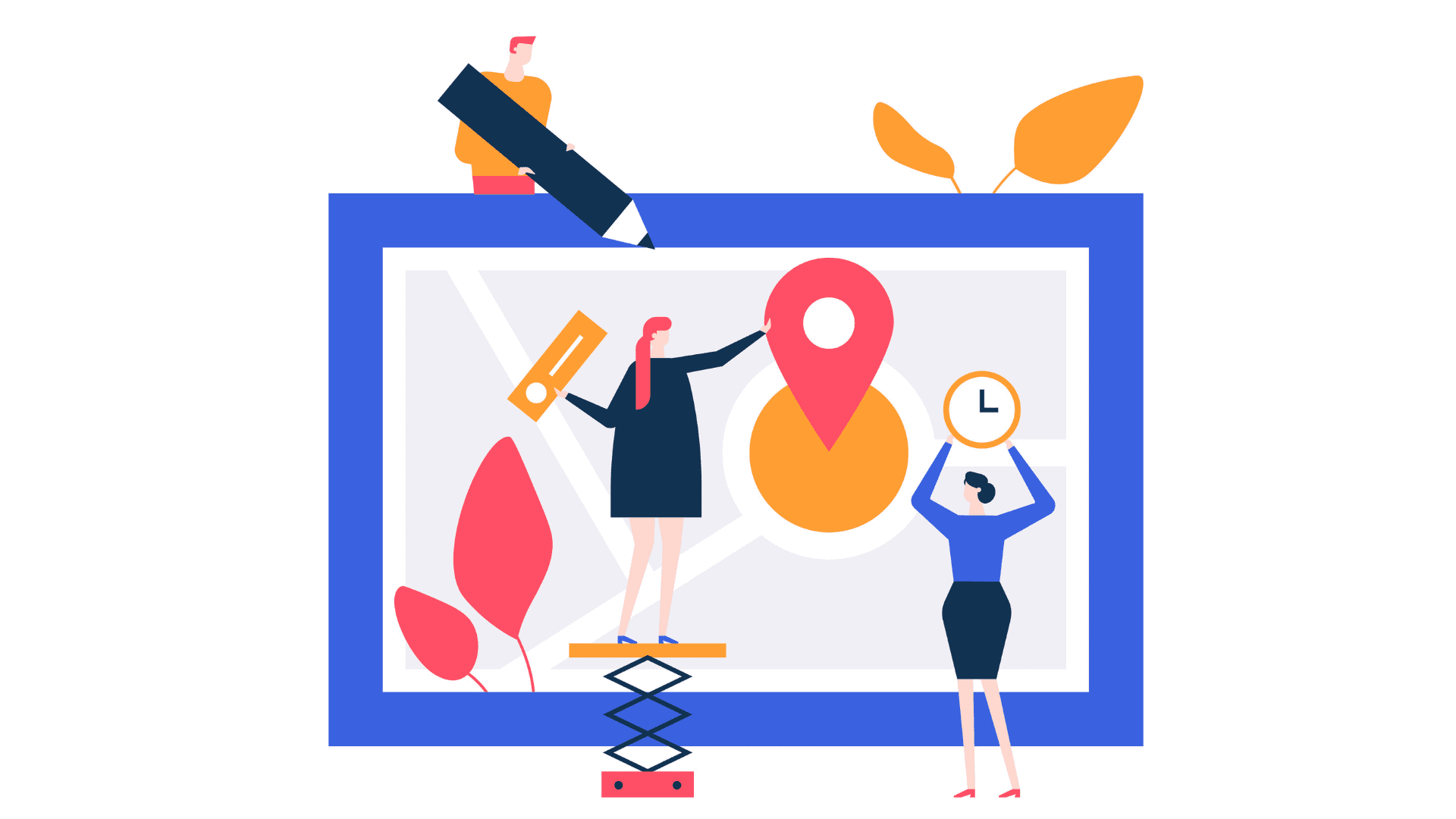 We generally think of apps and imagine people all across the world downloading them. The simple reality is that not all apps are built for users in every country around the world.

Let’s take an example. Assume there is a big college fest about to take place. You decide to create a WordPress blog and target all local keywords related to the college fest. As the fest draws near, you start getting traffic for all the common queries people have regarding the fest.

Then you decide to go one step further. You learn how to convert WordPress website into Android app and make it live on the Google Play Store. You do the same for an iOS app. Now you promote your app through your website and encourage people coming to the fest to download your app.

You offer all kinds of in-app purchase​ options within your app, selling caps, hoodies, and other fest-related memorabilia.

This scenario is an example of creating an app solely for a particular location and a specific period of time. You can monetize such an app at a reasonable level and not get into the rat race for raking in global app downloads.

There are many advantages of marketing to a smaller local audience. The level of analytics needed to target a small homogenous audience is much lower. Converting such an audience into downloading the app and completing other goals is much easier.

Geo-optimization and geo-targeting are already becoming buzzwords in the mobile app marketing world. As more and more local entrepreneurs and companies bring an app to market, expect geo-optimization to become the norm.

Influencer marketing will become the biggest channel of paid marketing

Marketers go on about the decrease in the attention span of the average user now.

Algorithms today have made it possible for users to completely devote themselves in a particular niche.

For example, let’s assume your favourite hobby is watching cricket. There is a very likely chance your YouTube and Facebook feeds are filled with clips of cricket matches and other related content. Furthermore, one can make accurate predictions about the social media influencers you follow based on your interests.

As we mentioned earlier, we now have more attention for a few select voices.

These select voices are commonly referred to as influencers. They typically create content in a given niche and have a large following.

Marketing products by using endorsements from influencers is called influencer marketing. This represents a big opportunity for app marketers and the numbers are telling the same story.

This should light up the eyes of app marketers still passive on influencer marketing. As algorithms get better and the role of influencers increases further, influencer marketing will become the number one channel of paid marketing. The dire situation of digital advertising discussed earlier will only force this shift even more.

Ending the obsession with app downloads as a metric for success

The success of failure of an app is determined by the number of downloads it gets. This is a commonly held perception and comes from the inherent obsession with creating a large user base.

Let’s study a few numbers for reference. These numbers come from Q2 2016, but they do bring home a point.

The gap in the number of app downloads between Android and iOS by percentage is 100%. In other words, there were double as many Android app downloads as iOS downloads.

Looking at this number, anyone would say it’s wiser to bring an Android app to market.

Also read: Should You Go for an Android App or iOS App or Both?

Now let’s compare the revenue gap in percentage points. In the same period of time, revenue generated from iOS apps was 100% more than that of Android apps. In other words, iOS apps made twice as much revenue as Android apps despite having a significant numerical disadvantage.

More Android apps were downloaded, but this did not translate to more revenue. The point of studying these numbers is this – downloads are not a perfect metric.

Is app revenue then a better metric? No. Not all apps are specifically designed to make money.

The future of app marketing will likely see professionals take a whole set of app KPIs into account. App downloads won’t retain their hold as the numero uno metric of marketing. For example, a more suggestive metric like LTV and user retention rate will gain popularity.

Marketers are generally the people who deal most with users. They’re the ones who pour over data from mobile app analytics tools all day over metrics like churn rate, user success rate, session duration, and so on.

The current app marketing setup at most companies is demarcated from the development team. In most cases, both teams work separately without any feedback going back and forth.

This will change in the future as marketers will begin influencing the development process. As mentioned above, marketers get first hand feedback from users on both the deficiencies and strong points of a given app. They can provide this information to developers as both teams can work together to create a better product.

Let’s say your company decides to launch an app. You’re assigned the task of using a website to APK builder online to create an app. It would naturally make sense for you to work with the app marketing team because it knows the exact features the target audience is looking for. 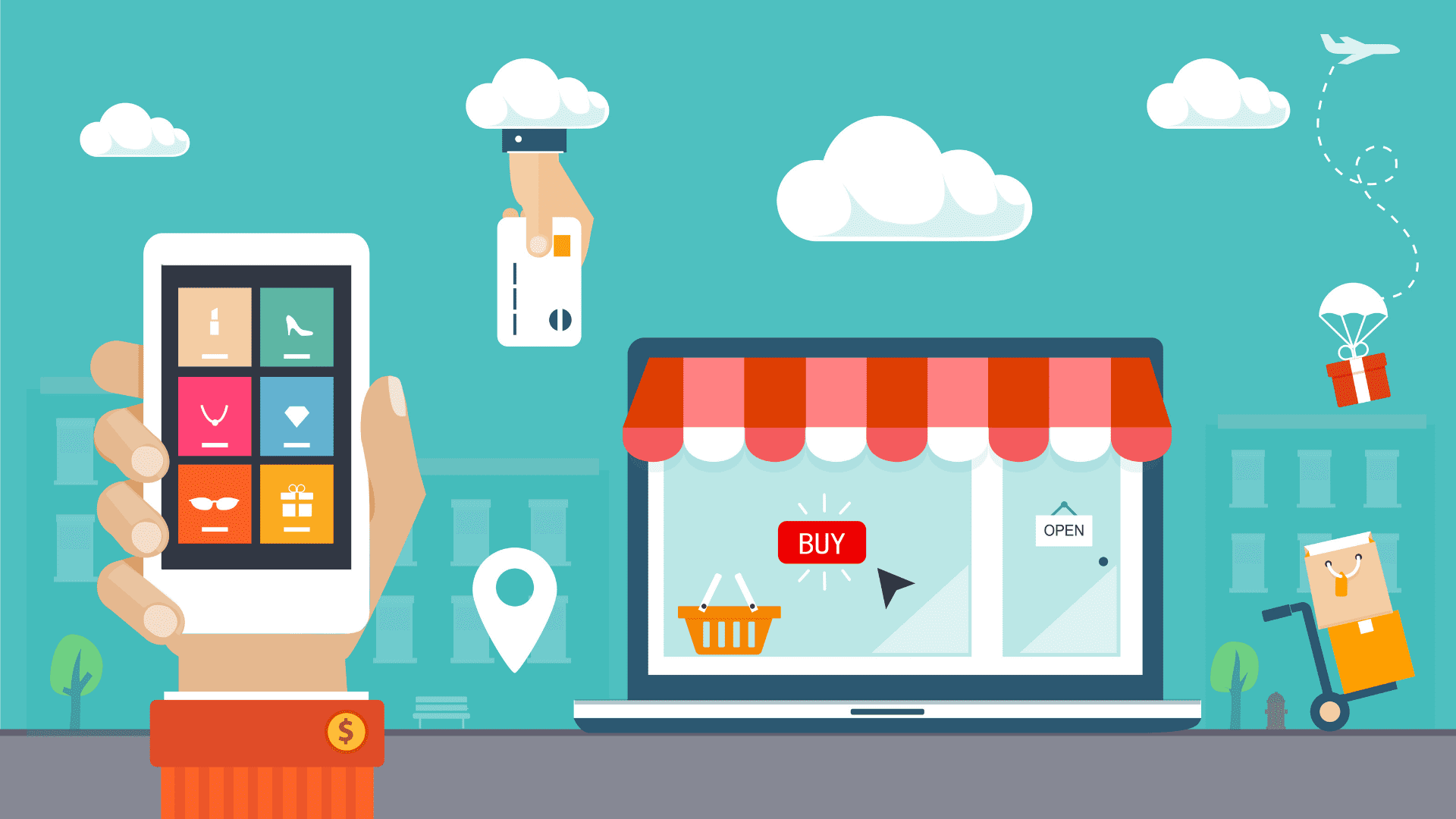 Ecommerce websites currently use first or second degree connections to recommend apps. For instance, you might get product recommendations for a tie in case you buy a formal shirt.

These recommendations and more of such a variety are not difficult to make. Even a rookie marketer with access to user data can provide such recommendations across different product categories.

Algorithmic commerce basically involves the use of artificial intelligence to radically change and improve general user experience. The kind of recommendation discussed earlier would pale in comparison to what would happen in an algorithmic commerce setting.

The is one prediction in this article that leans heavily into emerging technologies instead of user behaviour.

Beyond product recommendations, this would upgrade the ecommerce marketing many times over. Professionals equipped with deep insights into user behaviour will naturally have a better shot at converting them.

The role of AI in this ecosystem is to provide intelligent information to marketers. We currently can only make first and second degree connections. AI would climb higher and make predictions on consumer behaviour that are more incisive and unprecedented.

Nobody knows the future and yet most want to control it. The future of mobile app marketing will go beyond the points made in this piece. Yet, readers will still find a sense of direction as they stand at the precipice of major technological breakthroughs.

This article discusses six key scenarios related to app marketing that are starkly different from what we’re used to now. Some of these predicted changes highlight common sense and data dictating a shift in directions. Other changes come from the innate power of technology and digital media.

The exact nature of some of the changes covered here may differ in reality. Yet, the areas covered in the article cover verticals that are in need of change. The ground-level nature of the change will naturally differ on a tactical level.

From the people learning code to make an app to others using a website to APK builder online, the aforementioned sections are valuable for all in the app market.