If you have a website or an e-commerce store, then you need to be future-ready by creating a mobile app.

We strongly believe that businesses can tap a huge growth opportunity, if they make quality mobile sales and product apps and market them well to cater to mobile users.

Many business owners are not very convinced about building apps for their businesses; therefore, we decided to talk facts!

In this article, we will explore why you should absolutely not miss building an app for your website or e-store.

This information was collected through market research on mobile apps by top and reliable companies and organisations.

Once you are convinced that it’s valuable to build an app for your business, you can create one using a WordPress or Woocommerce mobile app builder that is quick and cost-effective.

Let’s start with the app statistics that will establish the importance of building Mobile Apps.

The market for apps is growing at a fast pace. Here’re the top reasons why businesses should look towards building a mobile app to raise revenue.

We often wonder— why build an app? Here are a few app usage statistics that throw light on usage of mobile phones, which will justify why one should create an app using an online app creator.

5. Popular digital media mode: In 2018, about 57 percent of all digital media used is through mobile apps. (Source: ComScore) This statistic presses the need to build an app for a business.

6. Daily mobile usage: In 2018, on average, three hours were spent on their smartphone by an average mobile user. (Source: App Annie) Companies creating engaging content and mobile apps can leverage this habit of users to their advantage.

7. Daily engagement: On average, a mobile user tends to check their smartphone about 47 times in a day. (Source: BankMyCell)  49% mobile users expect apps to respond within two seconds. Over 61% expect mobile apps to open within 4 seconds. (Source: TechBeacon)

10. Cure to boredom: About 74 percent millennials say that they open an app when they feel bored. (Source: ComScore) This gives you a chance to add engaging blogs, videos and other content in your app, so that users use your app to cure their boredom.

12. New app downloads: One important app stats to know is that in the first quarter of 2017, 50 percents of smartphone users in the U.S. downloaded on average zero apps per month. About 2/3rd of people download zero to one app per month on average. (Source: Statista) So, you will have to make an impact in the market to convince people about the value of downloading your app.

13. Browsing behaviour: After shopping online through a mobile app or a web browser, 42 percent of users open a shopping app or communication/social app. (Source: Statista) This shows that after shopping online, users either shop more or tell their friends and family about it.

15. Mobile app vs. Mobile web: Mobile internet users spend seven hours in apps for every one hour on the web. They spend only 13 percent of their time on the web and about 87 percent on apps. (Source: 2017, ComScore)

Almost one-third of the web is powered by WordPress with a huge market share of 35% and around 455 million websites in the year 2020 (Source: Cminds).

The share of eCommerce stores is on a rise with around five million WooCommerce empowered websites. (Source: Barn2)

Why build a mobile app? The following mobile app stats give a clear answer to this question. They show why businesses should evolve to a mobile-first strategy. 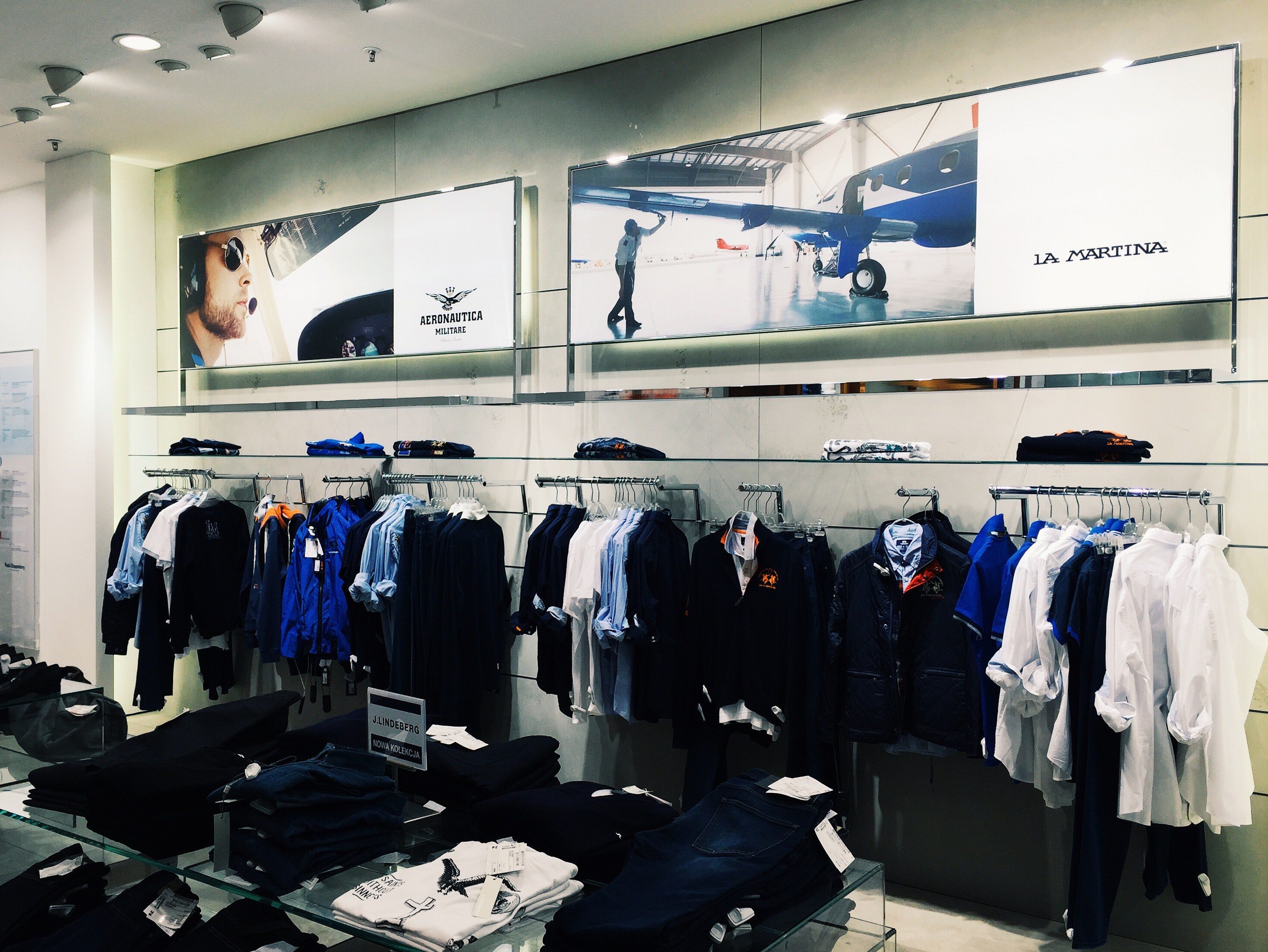 17. Spendings in app stores: In 2018, the total worldwide consumer spending in app stores was $101 billion. (Source: 2019, App Annie) This shows the size of revenue opportunity in app sales/subscriptions.

23. Influence on sales: In 2016, about $1.4 trillion of retail sales were influenced by web enabled mobile devices. (Source: Deloitte)

24. Influence at retail stores: About 21% more users purchased with a retail store after using a retailer’s native app or site on their visit to the store than the users who didn’t use any apps. (Source: Deloitte)

26. Purchase knowledge: About 82% people use their phone to check before making a purchase in a store. (Source: Think Storage)

Mobile app industry’s growth depends on a lot of factors. From the current data, following mobile app stats are available to understand the market:

28. Top 3 apps: Millennials list Amazon, Gmail and Facebook as essential mobile apps, with Amazon on top of the list. (Source: Business Insider) This shows that Millennials are very comfortable in shopping through their mobile phones.

29. Top app types: Smartphone usage statistics show that about 39 percent of all smartphones users most frequently use social media apps, 10 percent use communication apps, and 10 percent use gaming apps. (Source: The Manifest)

As per another study by MindSea, about 69 percent millennials says they most commonly use social networking apps, and messaging apps come second with 55 percent. This shows that users prefer apps that enable connecting and communicating with others.

30. Top 10 apps: Among the top 10 apps in 2017, Facebook owns three (with 80 percent of the users having Facebook app installed), Google owns five, and the rest two are Snapchat and Pandora. (Source: ComScore)

a. The global number of Facebook users is expected to reach 1.69 billion this year as five new profiles are being created every second. (Source: Statista)
b. On an average, 1.66 billion people log onto Facebook every day and qualify as active users.
c. 42% of marketers reported that Facebook is significant to their business. (Source: Zephoria)

Here are some valuable mobile app industry trends for retail and online shopping.

41. No. of retail apps users have: Users are downloading more retail apps every year on their smartphones, and they have about six to ten retail apps on their phones, as of April 2016. (Source: eMarketer)

42. Time spent on retail apps: Users spend an average of 4.6 to 5 minutes on shopping and retail apps. (Source: LeanPlum)

46. Demand for more and better apps: More than two out of three millennials say that they wish they could do more with their existing apps and that they also keep looking for new apps; however, users above the age of 55 are satisfied with their current choice of apps and their features. (Source: ComScore)

47. Time spent on mobile apps: Users between the age 18 to 24 years spend more than three hours on mobile apps, as opposed to people of age 55 years or above who spend less than two hours a day. (Source: ComScore)

Here are some app developer statistics that app designing and development teams must keep in mind while developing mobile apps.

50. App logo matters: In 2017, about 21percent of millennial said they have deleted apps because their logos didn’t look nice on their desktop screen. (Source: ComScore)

51. Uninstalls: About 71% of uninstalls are caused by app crashes. This highlights the need of creating stable apps. (Source: App Samurai)

52. Effect on Brand’s image: About 65% of users say that if users have a poor mobile experience with a brand, then the brand’s image is negatively impacted. Hence, one should use a quality online app creator to build an app. (Source: Access)

53. Ideal App loading time: About 43% users are unhappy if an app takes more than three seconds to load, highlighting the need to create efficient and light apps (Source: App Samurai)

54. App loading time’s effect: If an app takes too long to load, about 70 percent of the users abandon the app. (Source: Think Storage)

55. Percentage of apps used: In 2017, U.S. smartphones users had an average of 100 apps on their devices, out of which they used about 40 apps per month. (Source: App Annie) This shows why your app design, utility and quality needs to stand out of the crowd.

56. Data usage by an app: About 37 percent of millions consider data usage as an important factor in deciding if they should download and use an app. For example, Pokemon Go AR mobile game app went viral, but due to the large amount of data it used up, many users deleted it. (Source: MindSea)

58. Overall app performance: If an app’s overall performance is not good, then 52 percent of users are frustrated by it. (Source: Perfecto Mobile)

59. Value from an app: About 29 percent of users tend to abandon apps right away, if they don’t find any value in the app. (Source: Think Storage)

60. Mobile apps to market: About 54 percent of marketers use a mobile app platform to market to customers and prospects.(Source: Salesforce)

61. Reaction to notifications: Sixty-three percent of Millennials says that they check their new notifications as soon as they receive them. (Source: ComScore)) Therefore, push notifications are one of the best ways to carry out marketing activities through apps.

65. Notifications permission: From 2015 to 2016, the percentage of users who allow notifications dropped from 33 to 27 percent, however, the number increased by 16 percent to almost 50 percent of the users in the year 2017. (Source: ComScore) Such mobile app marketing insights are very encouraging for businesses.

66. Ad spend mode: In the U.S., about 65 percent of digital ads spend was through mobile digital media. (Source: App Annie)

Here are a few ways that are used to optimize apps on app stores.

70. App icons for ASO: App icon updates are used by 30 percent apps to optimise the app for App stores. This saw a growth of 24 percent YoY. (Source: App Annie)

Mobile app industry growth is inevitable in future, too. Here are some mobile app statistics that reiterate that.

71. Spend on apps: In 2019, app store consumer spend is expected to cross $120 billion. (Source: App Annie) Mobile app future trends like this are very promising for the industry’s growth.

72. Video usage: Users will stream videos for every 10 minutes out of an hour spent on consuming media. (Source: App Annie)

73. Monetisation with in-app Ads: In 2019, in-app advertising is expected to be the source of monetisation of 60 percent more apps. (Source: App Annie)

77. Time taken to build an app – The average time needed to create an app is around four and half months. (GoodFirms). The time period can change depending on the needs of a client.

How to create a new app in 3 easy steps

If you’re convinced to build an app for your business after reading the above app stats on the growth of mobile industry and that of mobile apps, then you can use these three easy steps on how to create a new app using an online app creator like AppMySite:

Select the platforms for which you wish to build your app. You can build an app for iOS, Android or both with AppMySite.

2. Sit back and relax (while AppMySite builds your app)

Send your website’s URL and other relevant details to AppMySite to build your app. Send your business logo and website banner to use in the app. Sit back and relax while AppMySite’s WordPress and Woocommerce mobile app builder builds an app for you.

Once your apps are ready, you can approve them, and we will publishing the apps on App stores like Google Play and Apple App Store.

AppMySite’s premium app building services are cost-effective and they ensure delivery of an app within 5 working days.

Once you have studied all the app stats and mobile usage statistics given above, and you are convinced that building an app will benefits your business, use a Woocommerce or WordPress app builder to create an effective app.