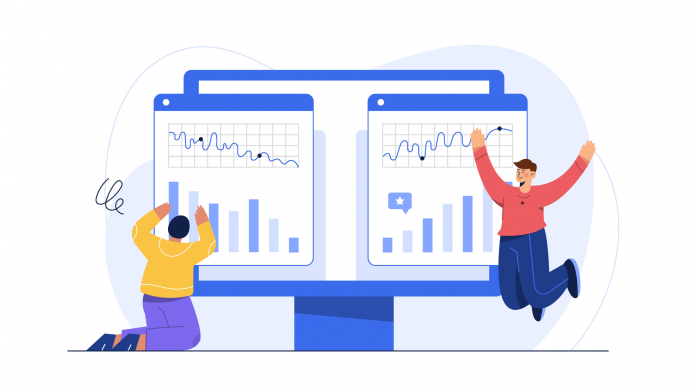 Mobile apps are playing a dominant role in every industry and catalyzing growth and expansion for many businesses. The increase in need for custom app development and free app maker tools is the biggest testimony of the growing popularity and demand of mobile apps.

When it comes to the mobile operating systems, Android and iOS are the two key players that cover almost all of the market. While Android has a far wider reach, iOS is the one that garners the reputation of the most popular one.

Today we are here to compare the market share of the two giants and learn some statistics and facts about the two. So, let’s get started without much ado and learn where the two mobile operating systems stand against each other.

Android emerges as the global leader here for many reasons. Android comes with more device options, more affordable and flexible infrastructure, and the assurance of Google. These are some of the factors that make it the most popular in almost every country across the world.

However, iOS eats up quite a big share of the industry in more niche markets and first-world countries due to its esoteric appeal. It remains within the reach & feasibility of fewer people due to lesser and expensive options in terms of devices, apps, etc.

Therefore, when we look at the global stats, we find that Android alone covers almost three-fourth of the market, whereas iOS covers almost the rest of it. The two operating systems together rule the market with more than 6 billion users spread across the world.

Operating systems ultimately run upon different kinds of devices like desktops, tablets, mobile phones, etc. Therefore, understanding the popularity of different operating systems across different devices can tell a lot about their hold in the market.

Let us go through some statistics and learn about the same:

Android emerges as the unassailable leader when we compare the mobile operating systems in terms of global usage strength. As per the latest reports from Statcounter, Android has a worldwide hold of 71.45% whereas iOS holds 27.83% share of the global mobile operating system market. Their combined share stands at more than 99% of the total market share.

The tables turn when we consider the popularity of different operating systems across tablet devices. iOS emerges as the leader here with 53.63% as iPads are likely the most popular tablet device in the world.

However, Android manages to give a close contest to iOS here as well. It covers a market share of 46.3% for tablet operating systems as well. Windows, Linux, BlackBerry OS, and others together constitute the rest of the tablet OS market share.

If we consider the market share of all operating systems across all devices, Android & iOS hold high ranks in the competitions here as well. As per May 2022 statistics, Android accounts for 43.23% of the overall market share. Second in the list is Windows with 29.2% of the market share, whereas iOS covers 17.67%, OS X (macOS) covers 5.79% and Linux covers around 0.95% of the market.

Evidently, Android & iOS rule the market here as well with a combined share of more than 60%. This further underlines the importance of mobile devices and apps, and also goes on to show that Android covers a dominant share of the market across all devices.

There are more than 3 billion Android users and more 1 billion iOS users in the world. Since annual sales of smartphones have increased to around 1.56 billion units worldwide, this number is set to grow by huge margins in the coming years.

This implies that with the growing sale of mobile devices and smartphones, the count of Android and iOS users is also perpetually growing across the world. In fact, these two have almost eliminated every other mobile OS out of the picture and have covered almost 100 percent of the market.

As far as the devices are concerned, it is well known that Apple has its own ecosystem. On the other hand, Android’s “open for all” ecosystem is fed by all kinds of smartphone devices manufactured by multiple vendors across the globe.

As far as the Android device vendors are concerned, it is noteworthy that Samsung has been the leader since the very beginning days of Android. Latest statistics show that China-based manufacturers are responsible for over 55 percent of the Android market share. The top players also include Xiaomi, Huawei, Oppo, Vivo, Motorola, & LG among others.

This fact may come across as quirky to some, but it is indisputable that even though Android has such a huge share in the global market, iOS apps bring in more revenue through paid apps, in-app purchases, and other app-based sales.

This is highly likely due to the fact that iPhone users can and are ready to spend more on their apps. In fact, as per records, Android and iOS app revenue reached USD 133 billion in revenue in 2021 registering a 19% year-on-year increase.

It is noteworthy that iOS was responsible for 63% of the total revenue, despite being far less in market share in terms of usage. Therefore, if you want to make money with your apps, then targeting the iOS ecosystem may be a better choice than Android.

You can checkout the blog suggested below and learn some more statistics related to consumer spending on Android and iOS apps and the revenue made by Google Play Store and Apple App Store.

Suggested Read: Consumer spending on apps is higher than ever! Here’s how you can increase it too

In this section, we will discuss the location-based facts related to the Android & iOS mobile operating systems. As discussed above, Android is the global leader whereas iOS turns out to have a bigger share in the first world countries. In fact, iOS outshines Android in the USA, UK & Canada, and takes a lead.

Let us look at some more stats related to the location wise share of mobile operating systems:

As evident above, iOS is more popular in developed countries, however Android is the primary choice of users all across the globe. As Apple devices are quite costly, people prefer buying Android devices over iOS devices despite having a liking towards Apple gadgets.

That was all about the market share of the two most popular mobile operating systems, Android and iOS. It goes without saying that both of them are significant and popular in their own way. While Android enjoys mass popularity, iOS has built quite a niche market for itself.

Android wins the title of the platform for most apps, but iOS attracts and earns more revenue. This picture may or may not change in the coming time, but it remains as it is for now. We recommend that you create apps for both the mobile operating systems to ensure maximum coverage.

You can also drop comments and let us know if you want to read other related comparison and market share blogs. We would be happy to cover them for you. Also, while you are at it, do not forget to checkout AppMySite’s DIY app builder for Android & iOS and create your own app for free.